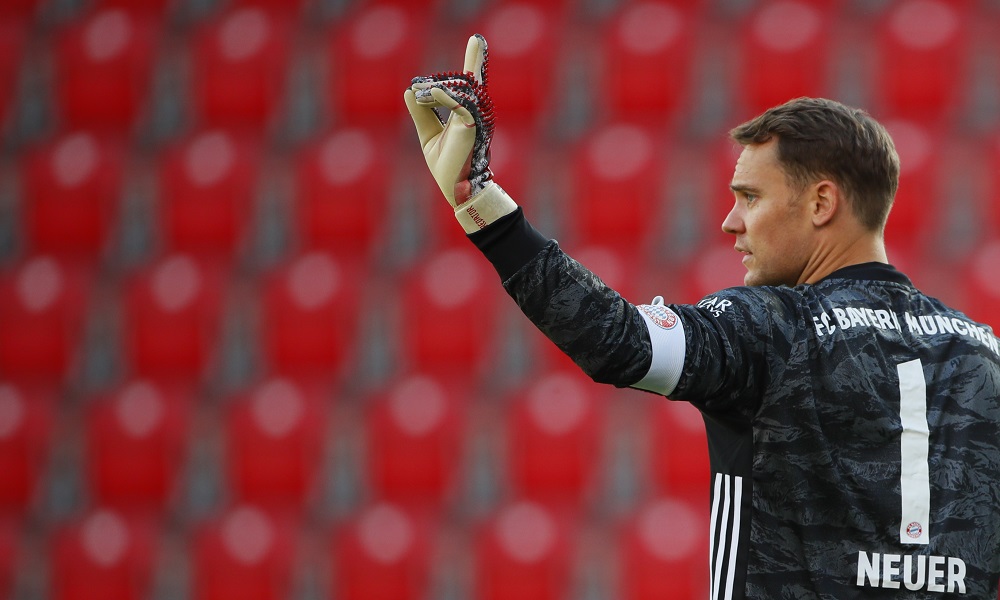 it’s week two of the new normal, and for now the Bundesliga remains the only game in town. If you’re enjoying Germany’s brand of live football and you’re tempted to spice up the action with a flutter, here’s what’s happening this week.

Friday night’s game offers a derby between the two Berlin sides, with the well established Hertha looking likely favs, having swept Hoffenheim aside 3-0 on the road last week.

Of course, home advantage might not count for much in the current supporter-free circumstances – which means Union could bounce back from last week’s 2-0 loss to Bayern Munich. Union’s last two wins in the Bundesliga have come away from home, after all.

This derby could provide plenty of goals, so…

Freiberg took a point from last week’s away visit to RB Leipzig, and may be too strong for a Bremen side that have been largely woeful this campaign, with just one win so far in 2020 – and six defeats. The enforced break doesn’t seem to have brought about a change in results either, with Bremen losing last week too…

Back Freiburg to win.

Paderborn are another team that have struggled this year, with their sole victory this year coming back in January. They did nick a point in a goalless draw against Dusseldorf a week ago, however – and with Hoffenheim conceding a spectacular 10 goals in their last three games, could Paderborn have an opportunity for a rare home win here? They just might.

Back Paderborn to win.

Wolfsburg face one of the league’s big dogs when they take on Dortmund on Saturday, and you’d think the visitors will probably have too much for Oliver Glasner’s side. While Erling Braut Haaland’s interview technique could use a little fine tuning, his striking skills are not in doubt; he scored last week’s opener for Dortmund in a 4-0 drubbing of Schalke, and the teenager could easily add to his tally of 10 league goals for Dortmund here.

Back Haaland to score at any time.

This one looks tricky to call, with each side in decent nick. Leverkusen scored four against Bremen in their own backyard last weekend, while Gladbach, also playing away, put three past Frankfurt. Alassane Plea scored in the opening minute for Gladbach in that game, and could be a decent shout to find the net again this week at 13/8.

Back Plea to score at any time.

Frankfurt have one goal in their last three games in all competitions and it’s hardly a revelation that the visitors will probably struggle against a Bayern side that are undefeated in 2020, and have won 11 of their last 12 games.

Back Bayern to win to nil.

Four losses in five matches for Schalke, five losses in six for Augsburg – yeesh. Former Huddersfield man David Wagner is the guy in charge of Schalke, and if he is to re-instill some confidence in his side, Augsburg look like obliging whipping boys.

Back Schalke to win.

With Leipzig drawing their last three Bundesliga games, and Mainz also racking up a couple of stalemates in their last two outings, it would be no surprise to see this one end all square.

Not perhaps the most alluring of this weekend’s football action, but if you’re a diehard Dusseldorf fan or you can’t get enough of Koln, maybe Sunday’s match will prove the pick of the bunch. With no strong feelings on how the match will play out, I’ll back over 2.5 goals instead – every one of Koln’s last nine Bundesliga fixtures have yielded at least three goals.

The Bundesliga’s back – when will Europe’s other top leagues return?
Good Phil Hunting – Coutinho set for move to Arsenal?