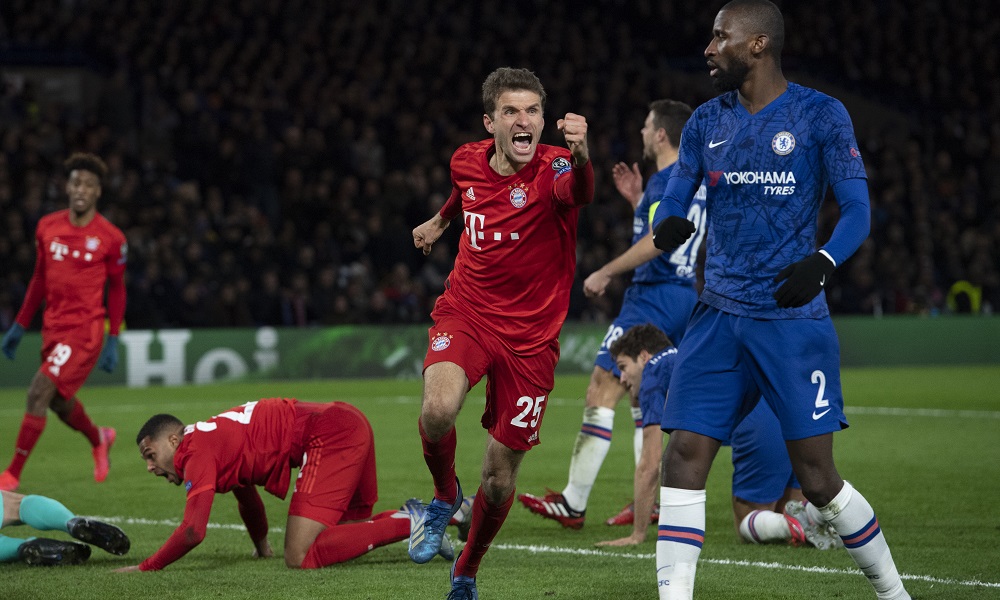 The last couple of weeks of Frank Lampard’s season have been pretty sour, and it’s difficult to see what he can do to bring some positivity to Chelsea with Saturday’s Champions League against Bayern Munich.

Chelsea are 3-0 down after the first leg, and must go to the Allianz Arena to try and overturn that three goal deficit this weekend if they are to make the quarter-finals – surely the faintest of likelihoods.

Last weekend the Blues were beaten in the FA Cup final by Arsenal; days before that Lampard launched a heated attack on Liverpool’s coaching staff for, I dunno, being happy about the fact they’d won the Premier League?

Lampard looked churlish – and this week his complaints have continued, with the Chelsea coach insisting his side should have their start to the next season pushed back, following the club’s Champions League obligations this weekend.

Lampard sounds a little sensitive right now – but staring down the barrel of a Bayern beatdown, I guess that’s understandable. Bayern have won all but one of their matches played this year – the sole exception a 0-0 draw to Leipzig back in February.

The German champions have scored 11 goals in their last three Bundesliga outings, and have won every single one of this season’s Champions League encounters, with a total of 27 goals scored, and five conceded, in seven games.

One slight aspect that might be in Chelsea’s favour is the lack of recent game time; Bayern haven’t played since early July, when they won the German Cup. Even so, even that faint mark against them can be seen as a positive, since there’s a chance the side come into this game feeling refreshed. In any case, they’re not habitually slow starters; after the enforced break earlier this season, they came back with a 2-0 win over Union Berlin and then scored five goals against Eintracht Frankfurt a week later.

I love an outside bet but this one’s too rich for my blood; Bayern are 7/20 to win even though they clearly don’t have to, while the draw is 23/5 if you think the home side will play with the handbrake on. Chelsea are 7/1 to win, and 50/1 to go through to the quarter-finals – if that happens maybe even Lampard will stop moaning for a few hours.

Otherwise, it may not exactly blow your mind to hear that Robert Lewandowski could come up trumps here. On the downside, he’s just 4/9 to score at any time; in his favour is the fact that he’s found the net 51 times in 43 appearances this season, with 12 goals since the restart.

In a generally frustrating season for Barcelona, the side drew against Napoli last time, and are still smarting after Real Madrid were crowned La Liga champions last month.

For all their disappointments in this campaign, though, you’d think the Catalan club must rouse itself against Gennaro Gattuso’s valiant Napoli side.

True, the Naples team did beat Juventus in the Coppa Italia final back in June, albeit on penalties. But if the visitors can hold out here against a Barcelona side that must be thoroughly desperate to salvage something from their season, that will be exceptionally good going by Gattuso.

Barcelona are 8/13 to win; Lionel Messi, who has scored four times in his last three appearances for Barca, is a 4/5 shot to find the net.