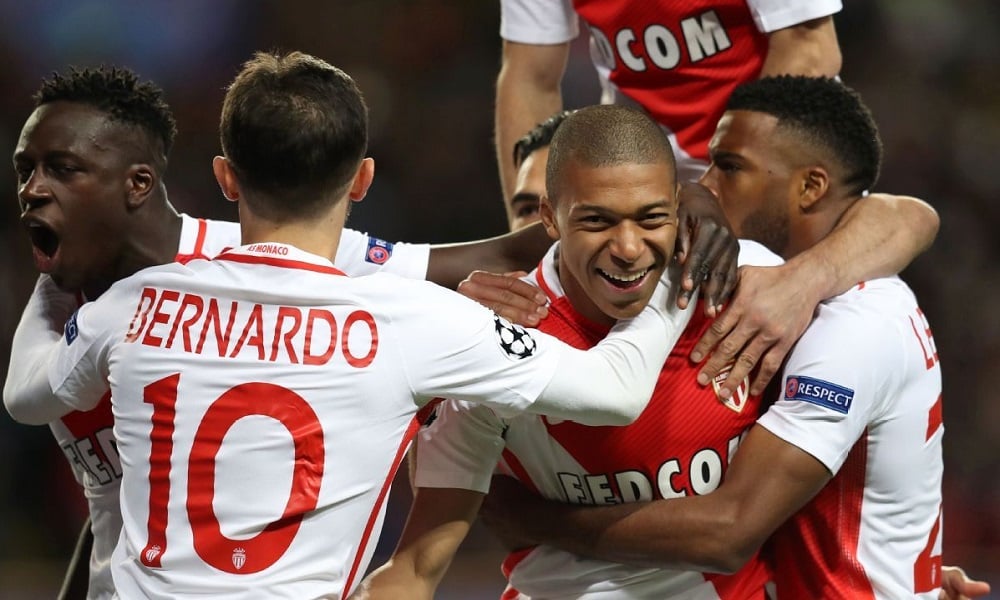 Monaco already seem on course to win Ligue 1; could they buck the odds and make it a famous double with Champions League glory, too?

It’s not going to be easy; if Leonardo Jardim’s exhilarating, exciting young side are to go all the way in the elite European competition, they’ll need to overcome Serie A maestros Juventus in this semi-final. See the latest odds here.

The Italian side might not be favourites for this competition – that honour lies with Real Madrid – but if the Spanish club slip up, conventional wisdom says it’s Juve who are likeliest to step into the breach.

Juventus are a footballing juggernaut, no doubt. The Old Lady hold a nine-point lead over closest rivals Roma in Serie A, and in the Champions League have conceded a mere two goals in this season. It’s 532 minutes since they last conceded a goal, and in the quarter-finals they held out for two clean sheets against Barcelona.

So Monaco have got a job on their hands, it’s true. Is it sheer naivety to believe that the hopeful, fast-paced, attack-minded young gods of French football can somehow outwit this canniest of Italian teams?

Possibly, but with the twin threats of Radamel Falcao and Kylian Mbappe on-hand to provide the goals, perhaps Juventus’ outstanding defense can be given a formidable examination at the Stade Louis II on Wednesday.

The likes of Georgio Chiellini and Leonardo Bonucci will be ably assisted by goalkeeper Gigi Buffon. But the Italian side also have outstanding attacking talents too, with Gonzalo Higuain and Paulo Dybala both excelling for the Bianconeri.

The beefy-but-brilliant Higuain has been the more prolific this season, with a total of 29 goals – but Dybala has four in the Champions League, including two against Barcelona last month.

Juve have plenty of firepower then. The hope has to be that they come into the fray, though Allegri will presumably seek to stifle the life out of this game. But can even the mighty Juventus take the sting out of Mbappe?

The 18-year-old’s outstanding record – 16 goals in his last 16 games, five in his last four Champions League matches – suggest he’s certain to be lively, even if Juve are determined to shackle him.

Monaco are 43/20, with the draw a 9/4 shot – or you can get on Juventus at 10/7, if you’re thinking they can bag the win here. Since they’ve already won on the road against Porto, Seville, Lyon and Dinamo Zagreb this season, I reluctantly have to admit I think they’re good value to win this one too.

Otherwise, if you believe Mbappe can keep his superb run going, the Monaco striker is 2/1 to score at any time.