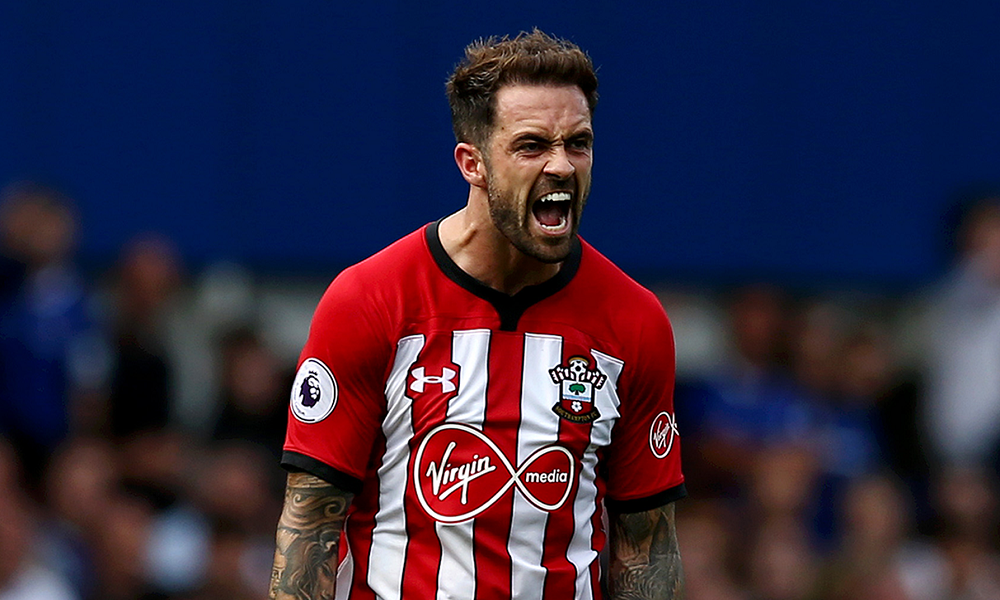 Danny, champion of the world? Why Ings should be nailed on for England

It was supposed to be Danny Ings’ big chance. In the summer of 2015, the Hampshire-born player moved to Liverpool from Burnley, with a view to establishing himself as one of English football’s most exciting young attacking talents.

But after two horrific knee injuries derailed his quest for glory with Liverpool, Ings has found salvation with Southampton. In the process, he has surely earned the right to a place in the England squad. It’s not the route that anyone envisioned for the player – but this unconventional road to redemption might just be the feelgood story of the season.

With 14 goals this season, and shooting accuracy that stands at just under 25%, Ings has been utterly ruthless in front of goal for the Saints. Having scored against Liverpool, Chelsea and Leicester already in this campaign – three of the current top four sides in the Prem – the 27-year-old is at the height of his powers right now.

Jamie Vardy is retired from international duty. Harry Kane is suffering an injury that Jose Mourinho reckons could keep the striker out of action at Euro 2020 this summer. So it makes sense that the Southampton man could be poised for a return to the England squad. Ings’ sole previous appearance for the Three Lions came almost five years ago against Lithuania, when he was a substitute for Harry Kane.

What’s the deal with Danny?

After a spell with Burnley that saw the club promoted from the Championship – and earned Ings the title of Championship Player of the Year – the young player made a promising start on Merseyside, scoring on his third appearance for Liverpool.

But during a training session Ings would suffer a serious knee injury that would see him sidelined for the rest of the season. And having successfully recovering from the first injury, in an unbelievably cruel twist of fate Ings would suffer a second devastating injury a year later, this time to his other knee.

Another protracted spell in recovery beckoned. Though the player would eventually be fit enough to return to action for Liverpool in September 2017, his chances under Jurgen Klopp were limited – unsurprisingly, given the potency of Liverpool’s attack of Mo Salah, Sadio Mane and Roberto Firmino.

In what would turn out to be his final season at Anfield, Ings struggled to make an impression, ending up with just a single goal. During his three years at Liverpool, the player had managed 26 appearances and a total of just four goals.

Ings ain’t what they used to be

The consensus seemed to be that Ings was a capable but injury-prone player, surplus to requirements with the Reds. In a rare instance of a player leaving Liverpool to join Southampton – generally, not a sign that your career is going according to plan – Ings headed to St Mary’s on loan, looking to rebuild his reputation.

In his first season with the Saints, a haul of eight goals was enough to convince the club to sign Ings on a three-year contract. In his first season of the new deal, the player has handsomely repaid the faith that Southampton showed in him.

Southampton have hardly had an easy time of it – no-one is likely to forget the infamous game against Leicester three months ago, when the Saints were humiliated 9-0 at St Mary’s. But through all the difficulties, Ings has shone, notching a total of 14 league goals so far since the start of the campaign. Only Vardy has scored more this season.

With 10 goals in his last 11 games, Ings’ most recent goal came at the King Power on Saturday, as he scored the winner against Leicester to avenge Southampton’s earlier defeat with a 2-1 win over the Foxes.

It’s a brilliant turnaround for a man who’s known plenty of adversity in recent years – and come out of the other side smiling. For Danny Ings, the good times are back – and what better way to cap this remarkable comeback than with a redemption story for the ages, and glory at the Euros in July…

Could Lazio do a Leicester – and win Serie A?
Meet the new boss – what you need to know about incoming Barca coach Quique Setien