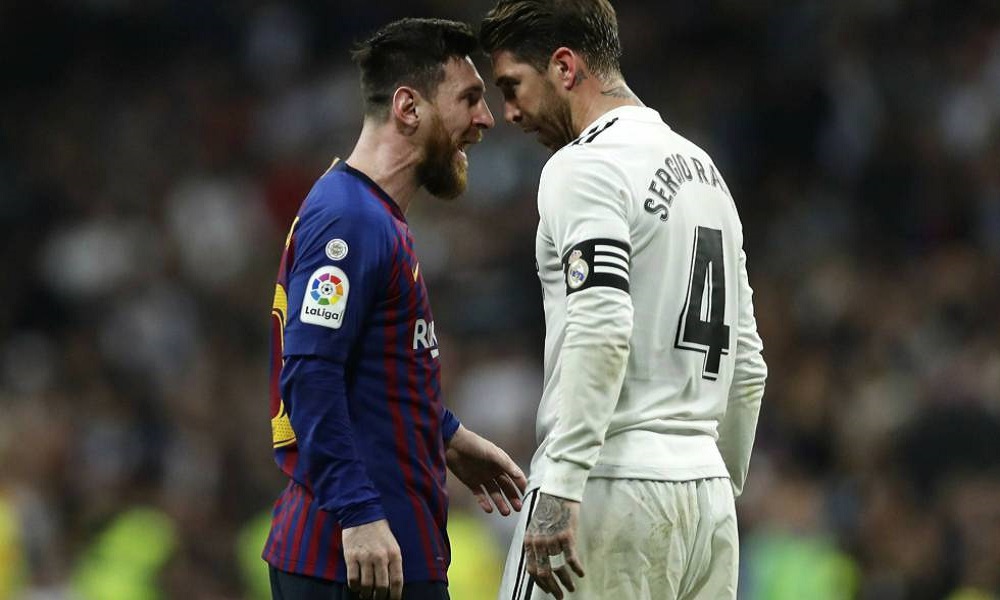 It’s tight at the top in La Liga right now, Barcelona occupying the top spot in the league table – but ahead of their loathed rivals Real Madrid on goal difference alone.

Both sides have had patchy starts to the season that seem to have levelled out, though each team warmed up for this match with a draw; Real rescued a point against Valencia with a late goal from Karim Benzema, while the Catalan club were held 2-2 by Real Sociedad.

This first meeting of the season between Spain’s two footballing superpowers was originally supposed to have been played back in late October, but civil unrest in Barcelona meant the match had to be postponed.

So how will this trip to the Nou Camp turn out? Barca manager Ernesto Valverde may be entitled to believe his side are the stronger, more cohesive unit right now, with summer signing Antoine Griezmann scoring in each of his last two league games for Barca.

Griezmann hasn’t had a perfect start to his time at the Catalan club, with some suggesting Lionel Messi had been choosing deliberately not to pass to the Frenchman earlier this season. But alongside Luis Suarez, this trio of attacking players seems to be clicking now.

Real Madrid have more obvious problems with their star names. Gareth Bale made an appearance for Real in the second half at the weekend, but was unable to score – and his last (and first) two goals for the club this season came back on September 1st.

Since then Bale has only appeared eight times for Real, so he may not even figure for the side against Barca on Wednesday.

It’s fortunate that the aforementioned Benzema has had a great season for Real, with 16 goals in all competitions to date – but it’s not all good news for the Frenchman, whose part in a blackmail plot involving international teammate Mathieu Valbuena resurfaced recently.

The bizarre case first came to light in 2015, but it’s back in the spotlight now after an appeals court in France recently ruled the trial could go ahead. Not that Benzema seems to be phased. That’s just as well, since teammate and last year’s Ballon d’Or winner Luka Modric’s influence appears to be waning. Summer recruit Eden Hazard is missing with an ankle injury, too.

So who wins this one then? As Zinedine Zidane himself observed earlier this week, Barcelona have Messi. His point might have been that Real have significant players who pose a threat too, but nonetheless, in his last 12 appearances, the pint-sized maestro has only failed to score in three games.

Messi might be slowing down a little – but he nonetheless scored his second hat-trick of the season earlier this month. So far in his glittering career the 32-year-old has racked up 18 league goals against Real Madrid. It’s not a stretch to imagine him nabbing his 19th on Wednesday.