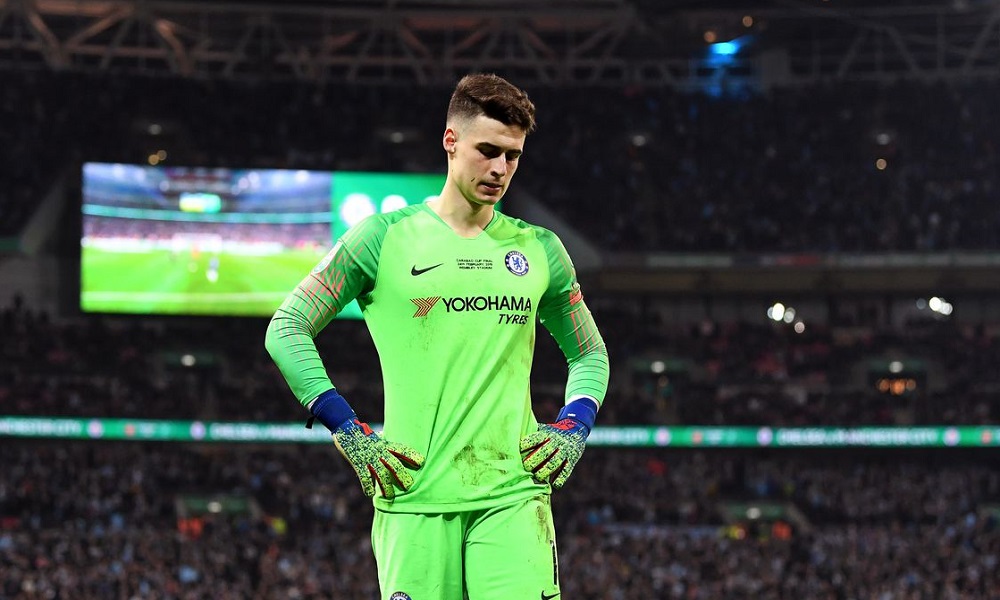 It’s been a weekend of substitution-based controversy in the Premier League.

The mercurial German did not go quietly into the night, petulantly kicking his gloves along the touchline in disgust.

Substitutions have long been an area fraught with potential peril – but they’ve also produced some fascinating moments in footballing history. Here, then, are some of the most extreme examples of substitute shenanigans. 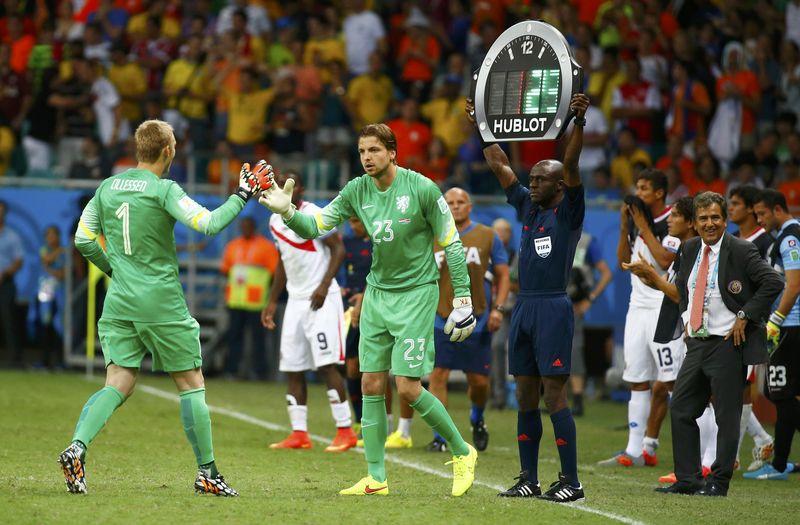 At the 2014 World Cup in Brazil, Cillessen was substituted minutes before the end of extra time in a game against Costa Rica because manager Louis Van Gaal didn’t fancy him in a penalty shoot-out. Van Gaal had apparently decided on the strategy pre-game, but opted to keep his first choice keeper in the dark about his plans, presumably to avoid annoying the Ajax keeper – which makes sense.

Cillessen had never saved a penalty in his senior career, while his replacement Tim Krul was trusted as a safer pair of hands in a shootout scenario – and so it proved, Krul stopping two pens and helping guide the Dutch to a semi-final against Argentina.

While Cillessen was understandably stroppy in the immediate aftermath of the decision, he would quickly get over it, returning to his role as regular keeper for the semi-finals – where Holland were beaten by Argentina on penalties. Cillessen wasn’t substituted this time – and he failed to save a single pen in the shootout. 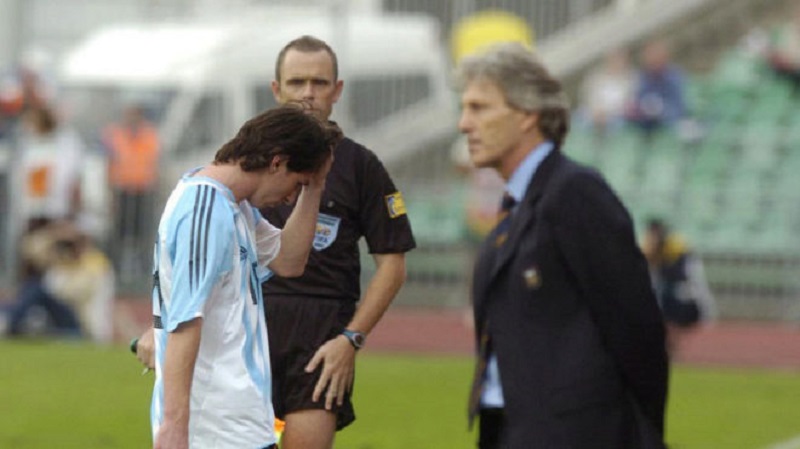 Even the greatest of players don’t always have debuts to remember. So it turned out for Lionel Messi, making his first appearance for Argentina in 2005 at the age of 18 – and immediately getting sent off.

In a friendly against Hungary, Messi would take to the field as a second half substitute, coming on for striker Lisandro Lopez. With the young Barcelona star looking to make his presence felt early, fullback Vilmos Vanczak tugged at the teenager’s shirt as he ran toward goal – and Messi responded with an elbow, catching his opponent in the throat.

It’s fair to say Vanczak made the most of it, hitting the deck in apparent agony. The referee decided not to mess about, showing Messi a red card to bring the player’s first experience of senior international football to a premature close, just moments after he had joined the action. Still, the most notable moment in Vanczak’s career is basically being a footnote in the glorious history of Lionel Messi, so who’s laughing now, Vilmos? 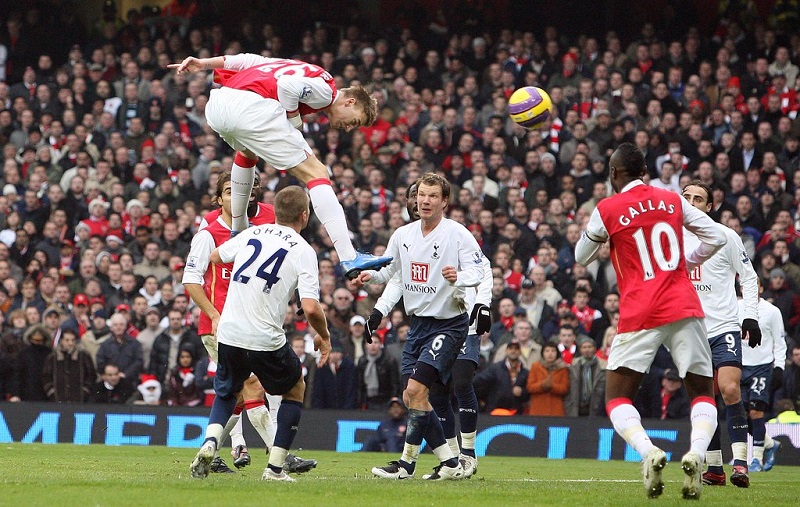 Nicklas Bendtner was once a pretty good player – and whatever his failings, this was a remarkable moment.

With Arsenal hosting North London rivals Tottenham, and the scores level at 1-1, the Danish striker was substituted on in the second half – and scored with his first touch, a bullet header that came just seconds after he’d arrived on the pitch. According to the Guinness Book of Records, it’s the fastest goal ever scored by a substitute.

It was also the first goal Bendtner had ever scored in the Premier League – not a bad way to make a first impression. A week later he would be sent off for two bookable offences, which in hindsight is perhaps a more accurate reflection of what was to come from this mercurial talent. Still, we’ll always have Tottenham.

Not the best-known names on this list, this pair remain worthy of your attention for their part in a baffling sequence of events, as Hill was sent off in injury time – while Tranmere were attempting to make a substitute.

With confusion reigning, Hill departed the pitch – to be replaced, unaccountably, by another player. Stephen Frail would take to the field, with referee Rob Harris not noticing the error. Not until the coaching staff on the touchline brought it to his attention in robust fashion, anyway. In Frail’s own words “When I saw Hill running towards me I thought he had been subbed and I ran on, and then all hell broke loose.”

Harris would be suspended for two months, before returning to officiate several Premier League games. In one memorable game later in the same year, the referee would show Colin Hendry a second yellow card without initially dismissing the player, apparently unaware that he had already penalised the Scot. Eventually, players would resort to directing Harris’s attention to the giant screens at the side of the pitch listing team information, including bookings… 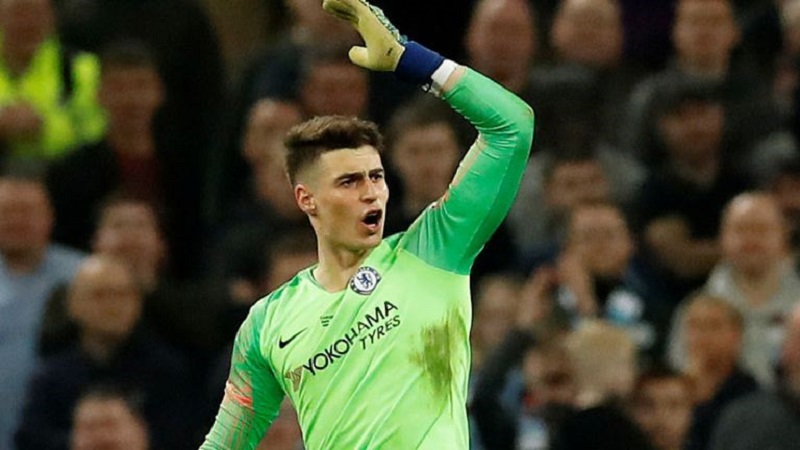 Another keeper who found himself in the midst of an surprise substitution situation – but Kepa proved less amenable than Jasper Cillessen.

With penalties looming in the League Cup final, Chelsea manager Maurizio Sarri opted to take Kepa off, concerned that the keeper had been struggling with cramp moments earlier. But when the substitution board was shown, the Spaniard steadfastly refused to leave the field.

Short of Sarri marching on and dragging the player off by his ear, there was no way the goalkeeper was going to skip the shootout. Perhaps if Duncan Ferguson had been the manager that day that’s exactly what would have happened, but Kepa stayed on the pitch – saving one penalty as Chelsea lost to Man City, while also undermining his manager. Way to go Kepa…