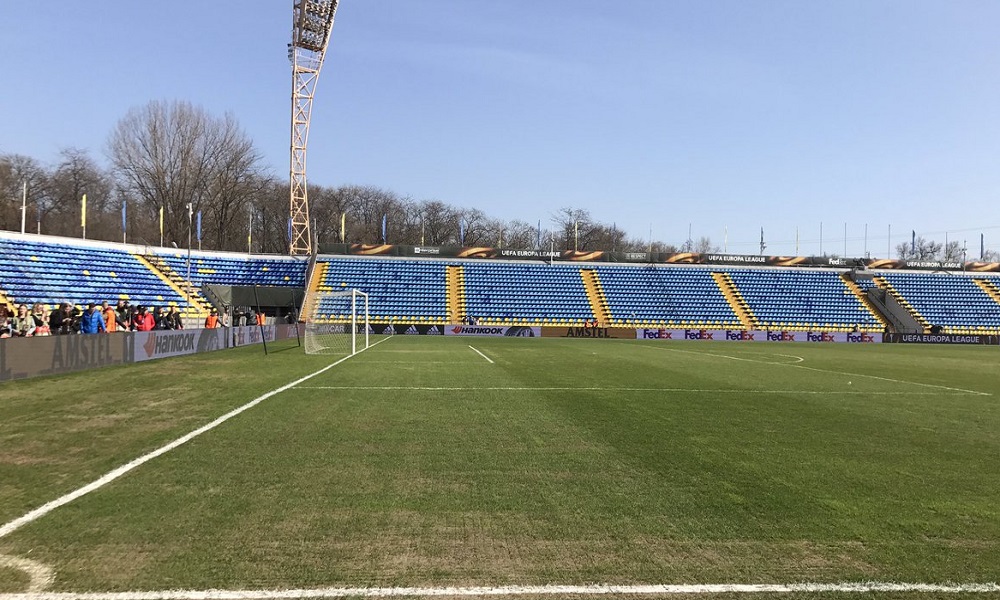 Russian side Rostov play host to Manchester United in the Europa League on Thursday – with United boss Jose Mourinho desperate to avoid a bananovaya kozhura* on a tricky trip to the former Soviet city.

With a run of six wins grinding to a halt against Bournemouth at the weekend – not to mention Zlatan Ibrahimovic picking up a three-match ban in the process – United will be hoping to pick up some fresh momentum here.

The Swedish superstar is at least eligible to play in the European game, but Jose Mourinho still has headaches – namely the pitch at the Olimp-2 stadium. Mourinho reckons the quality of the playing surface is so poor, it may affect his team selection.

“I don’t know what team to play, really,” he said. “I have now a lot to think about because I was expecting something more playable. It is a very similar pitch in the summer to that in China when we and Manchester City decided not to play, but it looks like we have to play.”

Rostov may hardly be a footballing superpower, but they’ve already scored wins over Ajax and Bayern Munich at home this season in the Champions League. That said, United have a good track record when it comes to the Russkies, winning their last four away ties against Russian sides.

If you think the hosts can make the most out of home advantage, you can back Rostov at 41/10; the draw is a 49/20 shot, while you can back the Man Utd win at 19/25. With Mourinho already getting his excuses in about the state of that pitch, and Rostov’s strong record so far this season, perhaps opposing United is the smart bet here.