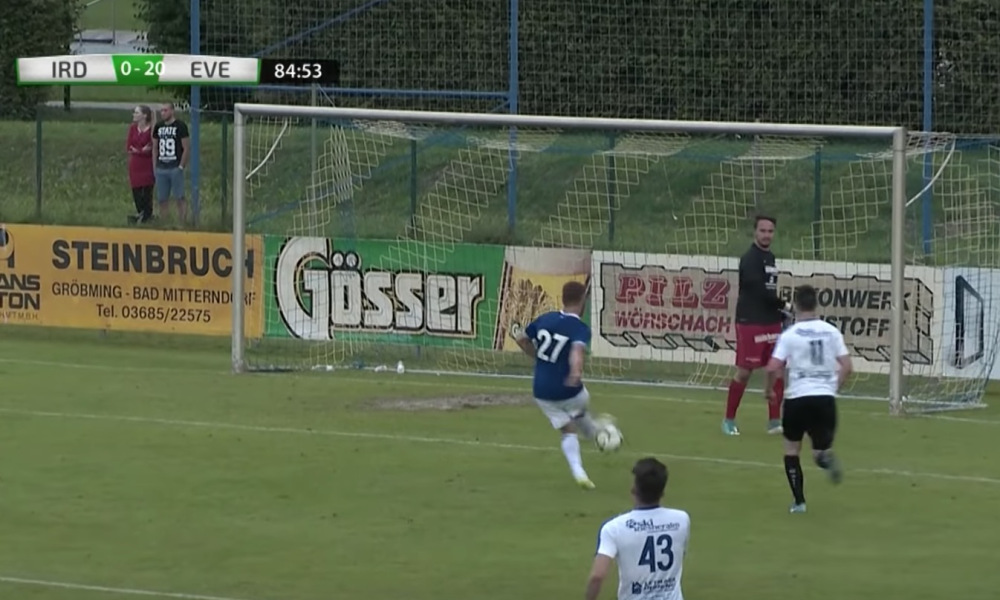 It’s the close season! That means transfer tittle-tattle, managerial comings and goings – and the time-honoured tradition of the pre-season friendly.

It’s fair to say that these games don’t signify a whole lot – but that doesn’t mean they’re all non-events. For some fans, they offer a rare chance to see the team they worship from afar. But occasionally, in one way or another, these matches can go beyond a novelty kickabout to offer more insane talking points than a Dean Saunders radio phone-in.

Here, then, are a few of our favourite examples of the pottiest pre-season friendlies.

Perhaps Eric was understandably dazzled by the aura at Ibrox. Not that it takes much to rile the Frenchman – but a friendly meeting between the two clubs seems a daft place for Cantona to blow his notoriously short fuse.

Nonetheless, during a friendly between Rangers and Manchester United in August 1994, United’s splenetic Gallic superstar lost the run of himself. He only took to the field for the second half, and was booked in the 81st minute after walking away from the referee.

A cannier player might have realised that with little at stake, maybe it would make sense to take a step back. Instead, Eric threw himself into a wild tackle on 21-year-old Stephen Pressley – and was promptly shown a red card. United lost the game 1-0, too.

This one sounds like an urban myth, but it is apparently legit. During a friendly in 1994 between the two sides, where one particularly vocal fan was berating Harry Redknapp, then West Ham assistant manager, for his side’s shortcomings, H had had enough.

Faced with injuries and a lack of players, at half-time the manager turned to the supporter, asking him “Oi, can you play as good as you talk?” The man in question, a lifelong Hammers fan called Steve Davies was given kit and boots, and in the second half took to the field in disbelief.

But it would be the crowd – and Redknapp himself – who was disbelieving as the match went on; in the 71st minute, Davies hit the ball past Oxford keeper Colin Fleet. The newcomer had scored on his debut for the Hammers – despite admitting to having a couple of beers during the first half. But here’s the kicker – with Davies a couple of yards offside, the official disallowed the goal. Referees eh?

Marco Silva’s reign as Everton manager got off to a start that might possibly have set expectations a little too high – were it not for the fact that the opposing ATV Irdning were pretty much the definition of minnows.

This game was clearly a mismatch, as the scoreline demonstrated – the fifth tier Austrian side eventually lost 22-0 to the Toffees. Unsurprisingly, that result was the biggest win in Everton’s history, replacing a 14-0 victory the side enjoyed in the year 1885, when they beat New Ferry 14-0.

The game was set up in part as a way to celebrate the 60th year of the Austrian club’s existence – and ticket sales meant the side made some useful additional income from the shellacking, at least.

Here’s hoping that with each and every goal, the Everton players celebrated with the ferocity of the USA playing Thailand in the Women’s World Cup…

Okay, not pre-season this one, but allow us a little leeway – in 2007, Italian giants Inter Milan faced a side from England’s eighth tier, Sheffield FC, the oldest team in the history of the game. The Sheffield side were founded in 1857, celebrating their 150th year of existence when this game was played.

With Brazilian legend Pele watching from the stands, Roberto Mancini’s team – including the likes of Marco Materazzi and Mario Balotelli – evidently had too much for a club that had tradition and pluck by the boatload, but not the means to defeat the Serie A side.

Not that they didn’t give a good account of themselves. The visitors were cruising at 4-0 with just seven minutes gone in the second half, but the home side fought back, with the game finishing 5-2 to Milan – a very respectable scoreline, given the gulf in class between the two sides. Good work fellas…

Sporting shocks that will stun you
Kissing goodbye to the badge: Four clubs and players that fell out, big time