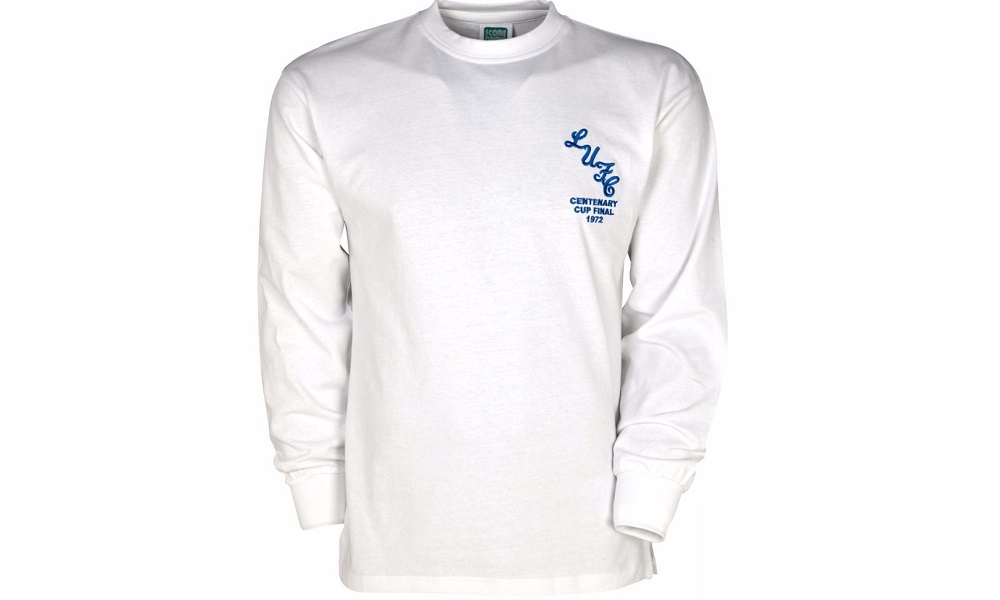 With Leeds United having just revealed their new, 32Red-sponsored kit for the forthcoming season, we thought we’d take a look back at some classic Leeds kits. Here’s our favourites. 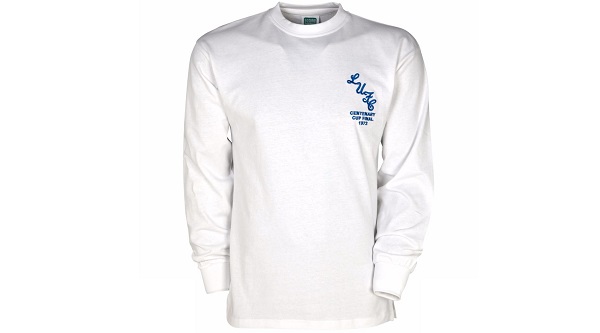 Football shirt design often took a more minimalist design back in the seventies; this is a classic example of less being more. Legendary Leeds manager Don Revie favoured the all-white strip since Real Madrid played in a similar kit. His thinking was: ‘if they look like Real, they’ll pay like Real.’ 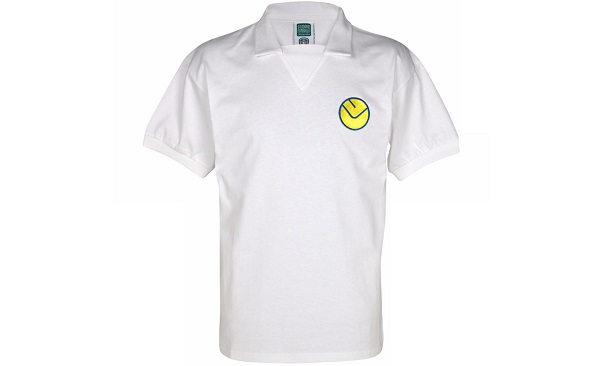 Another shirt with a simplicity that hardly detracts from its cult status. Leeds United won the league wearing this shirt in 1974; the ‘smiley’ badge was actually made up of the L and U of Leeds United – and while the decidedly seventies style logo only lasted in its original form for three seasons, it’s still a big favourite. 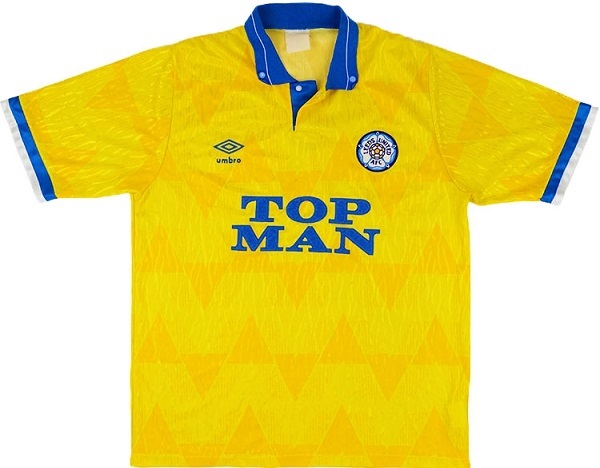 After the glory years of the seventies, Leeds became a real force to be reckoned with once more in 1990, as Howard Wilkinson steered a side including Vinnie Jones, Gary Speed, Gary McAllister, Gordon Strachan, Chris Kamara, Lee Chapman and David Batty to the top tier of English football. This natty away shirt is just the cherry on the cake. 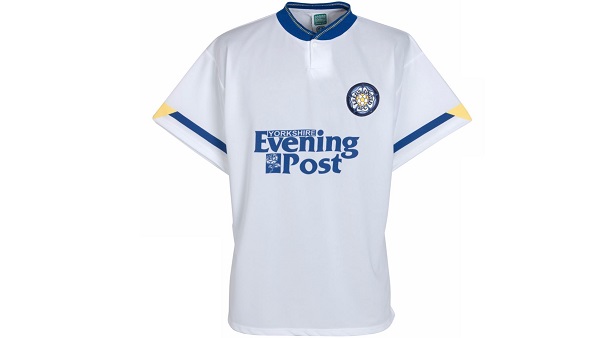 In the 91-92 season – the last before the advent of the Premier League – they would win the first division, ensuring this classic nineties kit would be very fondly remembered! 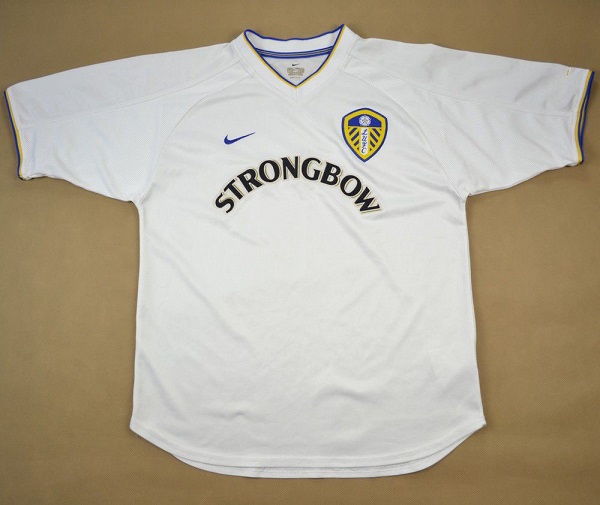 Ultimately this period remains bittersweet for Leeds fans; seemingly ‘marching on together’, in the end the side couldn’t quite realise their ambitions. Still, top five finishes in the Prem and a semi-final appearance in the Champions League (a defeat to Spanish side Valencia) still made this an exciting, if frustrating time to be a Leeds fan. Unsurprisingly, the shirt from this era is much loved by Leeds supporters.