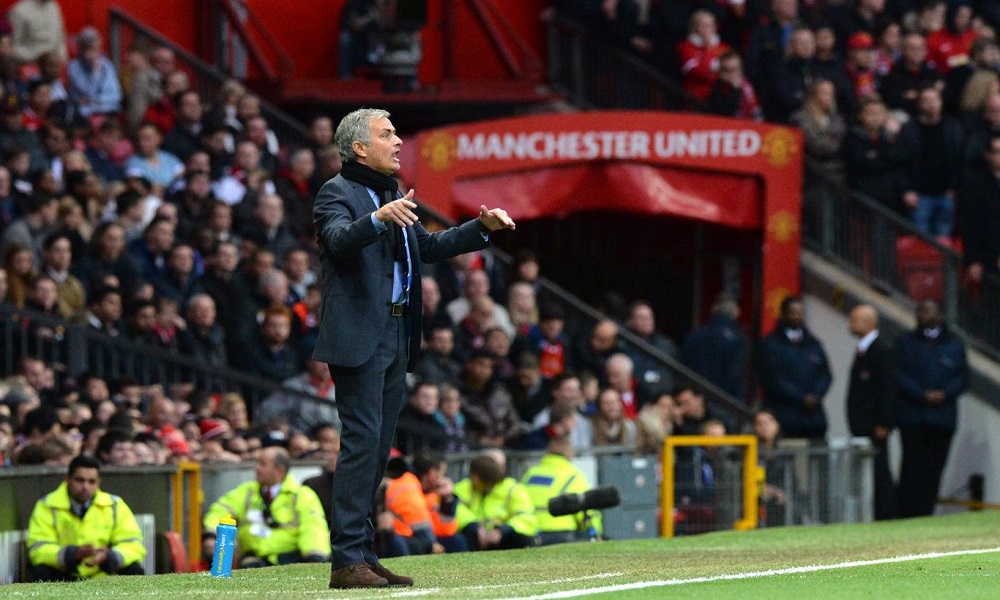 The newly happy-go-lucky Jose Mourinho revisits the last club that sacked him on Wednesday, as Manchester United play host to Spurs for a game that could easily prove to be dynamite – or a damp squib. For all the latest odds, visit our sportsbook.

Mourinho’s return to management has played out pretty satisfactorily so far, the Portuguese coach winning each of his first three games in charge at new club Tottenham.

In the process, the north London side have risen nine places up the league, scored 10 goals – and even qualified for the knockout stages of the Champions League. Okay, much of this is down to timing – but nonetheless it’s a confidence-booster for the visitors.

This hasn’t been a faultless start – note the worrying trend of the Spurs defence switching off to give away goals in the closing stages of games. But Tottenham look to be in a much better place right now than they were during the final months of Mauricio Pochettino’s time in charge.

By contrast, Ole Gunnar Solskjaer’s Manchester United are winless in their last three games, drawing away to Sheffield United and, most recently, at home to Aston Villa – those draws bookending a Europa League defeat to Astana.

None of those results are awful in context – the Europa League match was largely meaningless, with United having already qualified, while the side are at least scoring again after a particularly goal-lite start to the season.

But for a man who often harks back to the United of 20 years earlier, when second best was never good enough, it’s odd to hear Solskjaer affect to be unconcerned about the club’s current standing in the Premier League – United are ninth in the table right now, on the same points total as Burnley and Crystal Palace. This week, the Norwegian said “the league table is not the biggest concern” – despite the fact this is Man United’s worst start to a season in the last 30 years.

So how will Wednesday’s game play out between a Man United team prone to stumbling – and a Tottenham side that might have rediscovered their sense of fun, as improbable as that sounds under the control of arch-pragmatist Mourinho.

With Mou and Solskjaer alike perhaps feeling they have something to prove in this fixture, are we in for a wing-ding, no-holds-barred footballing blockbuster? It’s not really Jose’s style – but the 56-year-old has been trying a few new things lately.

It’s in Mourinho’s DNA to keep things tight at the back of course – but his preference for discipline doesn’t quite seem to have bedded in yet at Spurs, where the side have, bafflingly, conceded two late goals in each of their league outings under Mou.

Both West Ham and Bournemouth scored in the 73rd minute, which is a curiosity rather than anything more meaningful, presumably. Still, it’s not all a case of switching off when the game seems to be won – against Olympiakos in the Europa League, Spurs were two down at home before 20 minutes had passed.

And if Man United are not (and probably never will be) great under Solskjaer, they’re capable of good one-off performances, or certainly moments of excellence.

That both teams should score is a given, based on the recent history of both sides – except Mourinho may revert to type, seeking to shut United out and hopefully, maybe nick something.

Maybe backing Dele Ali to score is a better shout. He’s scored three in his last two, and seems to be responding well to the new Tottenham boss. He is 3/1 to score at any time, or 17/2 if you think he can open the scoring as he did at the weekend.

So assuming the newly serene Mourinho does earn victory at Old Trafford, how will he mark such an occasion? Having cupped his hand to his ear while sneering/leering in unforgettable style when his United team beat Juventus in Turin a year ago, will Mou take a less confrontational approach on Wednesday night?

These are words that a casino and sportsbook-based blog should probably never utter – but don’t bet on it.