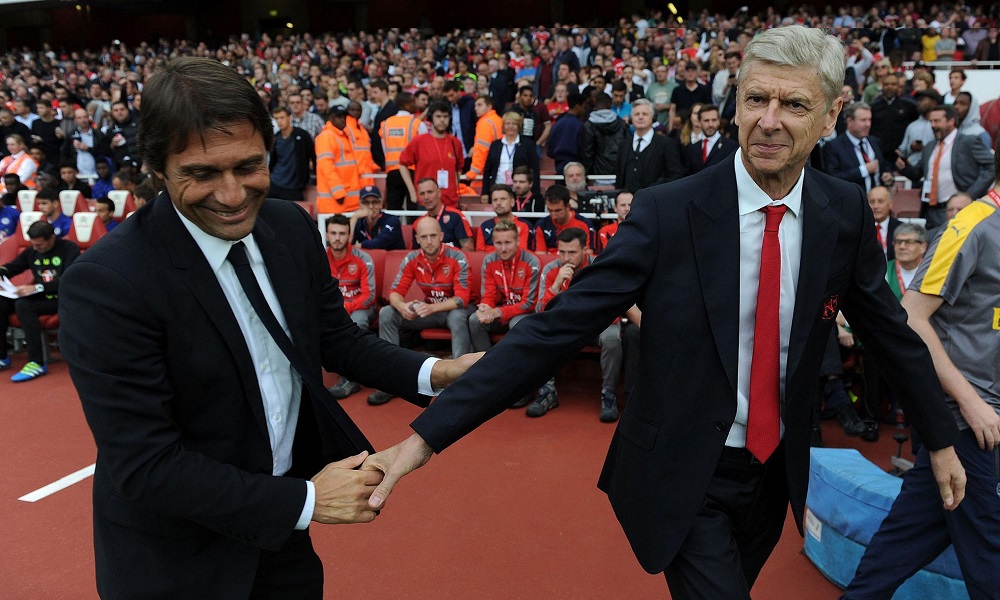 Arsenal fought back from an unusual night in the Europa League on Thursday, eventually seeing off Cologne 3-1 at the Emirates – but Gunners fans will be hoping normal service isn’t resumed on Sunday, when the North London club venture west.

It’s now six years since Arsenal got anything from Chelsea at Stamford Bridge. And while the Gunners have a decent record against the Blues since Antonio Conte took over, beating them at the Emirates and in the FA Cup final, the Gunners’ start to the season does not inspire confidence.

A pitiful loss to Liverpool is the standout moment, but Arsenal could easily have been humbled in their opening game of the season, a wingding affair against Leicester where the hosts were required to to overturn the visitor’s lead twice. A win against Bournemouth last week might have settled the nerves but the Gunners look anything but reliable.

As for Chelsea, they started the season with a shock, losing to Burnley after Gary Cahill’s early dismissal. But since that startling defeat the side have barely put a foot wrong, winning three on the bounce in the Prem.

They also warmed up for this game with a comfortable 6-0 drubbing of the outclassed FK Qarabag in the Champions League on Tuesday. The extra days’ rest suggest it’s the West London side who will be the fresher for this encounter.

Away from home, Arsene Wenger’s side seem to lack some sizzle (as well as the Liverpool debacle, they were been beaten by Stoke in August). This would be a fine moment for Wenger to prove to his fans that he hasn’t irretrievably lost the plot, but it’s difficult not to fear the worst.

Alvaro Morata has scored in his last two Premier League games, and it doesn’t take a great stretch of the imagination to see him find the net again on Sunday. He was rested mid-week too, and could be champing at the bit to be involved here. Morata is 19/20 to score at any time.

Otherwise, Chelsea are 10/13 to win the match; not the biggest price, but one that seems likely to come in…

Chelsea v Arsenal kicks off at 1:30pm on Sunday. To bet on football, visit 32Red Sport today – we’ve a wide range of markets across the Premier League, as well as European and world football. If you’re looking for a different kind of flutter, check out our 32Red Casino site – there’s plenty of slots and table games to keep you entertained!