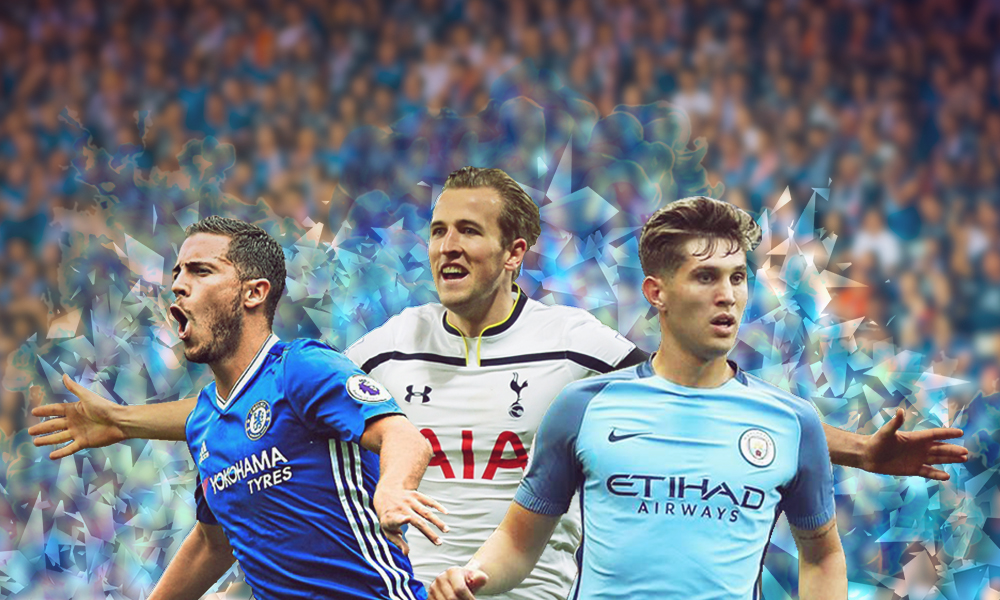 Looking for a guide to this week’s televised Premier League action? The London derby could heap extra misery on Mauricio Pochettino’s Spurs…

After a dispiriting 4-0 blitzing away to West Brom last weekend, Sean Dyche must rally his side for a visit from Man City, who sit just a point off the summit of the Premier League table right now. But Burnley have proven capable of holding their own against some of the Prem’s better sides; the Clarets infamously beat Liverpool 2-0 back in August, and also held Manchester United to a draw at Old Trafford last month.

Is a similarly heroic performance completely out of the question for Saturday’s lunchtime kick-off? City needed to push for the winner against a struggling Crystal Palace last weekend, Yaya Toure stepping up somewhat implausibly to score his second of the afternoon and seal the win for the visitors.

That win for City was sandwiched by draws against Middlesbrough in the Prem and, earlier this week, a stalemate away to Borussia Monchengladbach in the Champions League. City’s sensational start to the season is a dim memory right now. Can Pep Guardiola inspire his side to show their true excellence at Turf Moor, or will the home team succeed in smothering the Spaniard’s attacking intent?

Burnley are 19/2 to take all three points here, with City 3/10 to get the win. If you’re anticipating a frustrating afternoon for the visitors, you can back the draw at 21/4.

Having been dumped out of the Champions League by Monaco on Tuesday, Spurs won’t be relishing this visit to Stamford Bridge. Mauricio Pochettino needs a response from his players, but after a good start, Tottenham’s domestic form makes for dreary reading.

The North London club won against whipping boys West Ham last weekend, but even that result was in doubt until Harry Kane dragged his side back into the game with late goals. Since mid-October, the side have drawn to West Brom, Bournemouth, Leicester and Arsenal in the Prem.

Meanwhile, Chelsea’s unbeaten run continues. With a 1-0 victory over Middlesbrough at the Riverside last weekend, the side made it six wins on the bounce in the Prem; during that run Antonio Conte’s team has scored 17 goals, and conceded none. That outstanding run can’t go on forever of course, but on recent evidence, Kane aside, Tottenham don’t look especially well placed to end it…

Despite a 6-1 walloping against Liverpool at the start of the month, Watford fans will be pretty happy right now; after winning against Leicester last Saturday, the Hornets are up to eighth in the league table.

Having also seen off Manchester United 3-1 back in September, Watford should be reasonably confident about taking on a Stoke side that have only beaten the three bottom clubs in the Prem so far in this campaign, right?

Maybe what you see really is what you get here. Stoke lost to Bournemouth last time out at the Britannia, and could only draw with a West Ham side that have been in all kinds of trouble lately. And if Potters fans want to take refuge in historical results, they’re out of luck; Watford have lost just one of their last seven encounters with Stoke.

It gets worse for the visitors, who haven’t even found the net in six of their last seven games against Watford. If it wasn’t for Stoke’s 2-1 away win back in March, Mark Hughes’ side would have nothing to cling to. So can Sparky somehow mastermind a win at the Vicarage Road Stadium on Sunday?

Since Bournemouth arrived in the Premier League last season, Arsenal have enjoyed a perfect record against the Cherries, winning 2-0 at the Emirates in December and then repeating that scoreline at Dean Court back in February.

Neither team have been in the best of nick lately, with Eddie Howe’s side being turned over by both Middlesbrough and Sunderland in recent weeks, though the club were victorious against Stoke last weekend. It seems reasonable to assume that Arsenal should offer a rather stiffer challenge than those opponents, even if Arsene Wenger’s team looked rather sluggish for much of Wednesday’s Champions League match with Paris Saint-Germain.

That game ended 2-2, for Arsenal’s third draw in as many matches. The Gunners have faced difficult opposition in each of those games, however, and it seems fair to expect the north London club to get back on track for Sunday’s game. Particularly given that one of Bournemouth’s most influential players, Jack Wilshere, will be unavailable to play against the club he is on loan from.

If you’re tempted by a goalscorer bet, Mesut Ozil and Olivier Giroud both stand out for different reasons. Ozil has scored two of the Gunners’ four goals against Bournemouth and is 14/5 to score at any time here.

Meanwhile, Giroud has never scored against this opposition – but the Frenchman could be due, assuming he plays, having scored seven goals from his last eight appearances in the Prem. Giroud is 24/25 to score at any time, or 100/30 if you think he’s going to get the opener. Results-wise, Arsenal are 39/100 to win, with Bournemouth 15/2 shots; the draw is 17/4.

Former Saints boss Ronald Koeman returns to St Mary’s with his Everton side currently struggling to catch fire, even if a decent start to the season means the Toffees are still seventh in the Premier League. But the Merseyside team needed an 89th minute goal from Seamus Coleman to earn a draw against Swansea last week, and have earned just one win from their last seven matches in the Prem.

Southampton put in a fine defensive shift against Liverpool last weekend to share the spoils with Jurgen Klopp’s side, but Saints boss Claude Puel may have loftier ambitions against an Everton side that have scored only one or fewer goals in six of their last seven games.

The problem for the south coast side is a Europa League match away to Sparta Prague that ended in defeat, and could prove draining for the team. Southampton are 23/20 to take the win, with Everton 14/5 shots – the draw can be backed at 47/20.

Once you’ve placed your football bets, fancy a different kind of flutter? Visit 32Red Casino for a range of blackjack and roulette games, plus a huge range of slots.

Continue Reading
You may also like...
Related Topics:Chelsea, Everton, Spurs