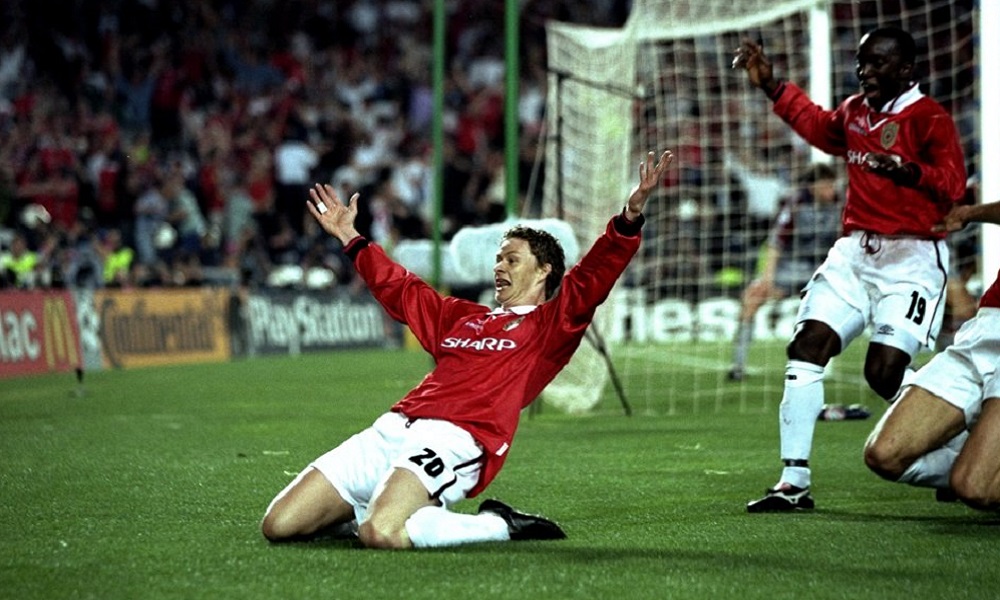 With Adam Lallana scoring his first Liverpool goal in more than two years on Sunday as the Merseyside team held Manchester United to a draw, Lallana will be hopeful his goal marks a turning point for the midfielder.

The former Southampton man has been battling with injury issues – and, since Jurgen Klopp transformed the fortunes of the club, understandably limited opportunities. Lallana is looking to revitalise his career – and with this timely goal at Old Trafford to give his side a share of the spoils, he’s definitely back on the right track.

After coming on from the bench to rescue a point for Liverpool, Lallana’s moment of zen got us thinking about some of the greatest substitutes in the history of the game. And if nothing else, it gives us an opportunity to write positively about Ole Gunnar Solskjaer, which let’s face it, doesn’t happen very often these days. Let’s do this! 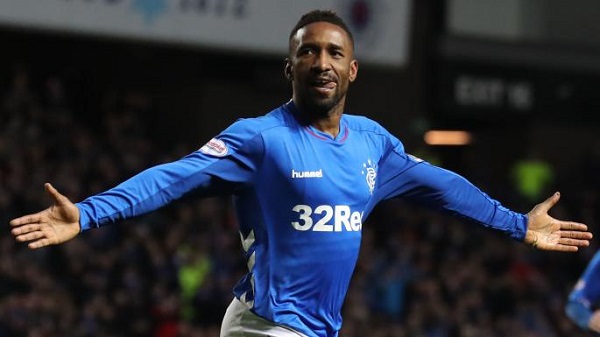 A lethal striker with a total of 293 goals over the course of his career (so far), the 37-year-old Defoe has many strings to his bow – beloved at Rangers, where he’s lost none of his old spark, Defoe has also had a notable career with England, and is one of Tottenham’s greatest ever goal scorers.

But his record as a substitute is particularly impressive; with a total of 24 goals after joining the action from the bench, Defoe is the highest scoring substitute in the history of the Premier League. Nonetheless, the Londoner would probably bridle at the super sub description – earlier this month, Defoe scored a hat-trick in the Glasgow side’s victory over Hamilton Academical, and he didn’t start from the bench… 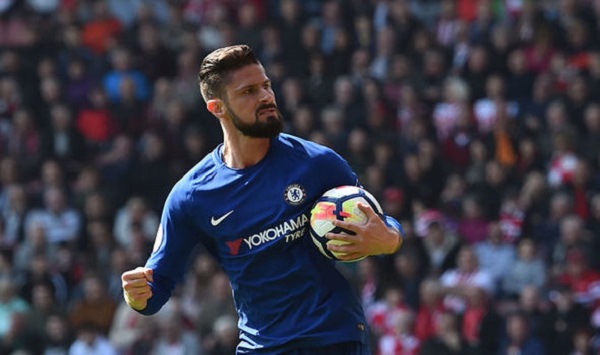 Often unfairly maligned during his time at Arsenal and latterly Chelsea, detractors say Giroud is not reliable enough at the top level. Perhaps the Frenchman suffers by comparison next to the players that have gone before him, like Thierry Henry at the Gunners – but he’s unquestionably been effective from the bench.

In all, Giroud has 20 goals in the Premier League after coming on as a substitute – a fine haul. Still, as with most players Oli’s preference is clearly for playing the full 90 minutes; it’s been suggested the 33-year-old will leave Chelsea in the January transfer window if he has to continue settling for the substitute role. 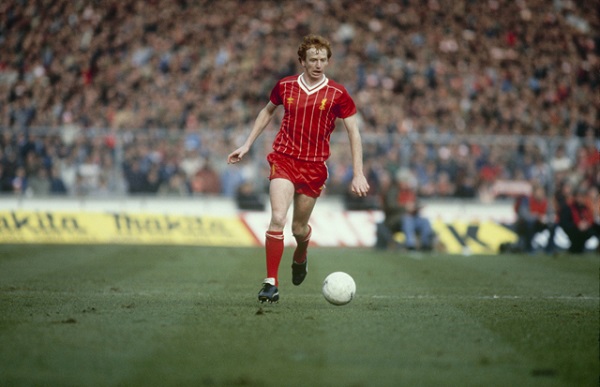 How much of a super sub is David Fairclough? Well, put it this way – it was the title of his autobiography. During his time with Liverpool between 1975 and ’83, it’s fair to say the striker often played second fiddle to Kevin Keegan and John Toshack. But with some timely appearances from the bench, Fairclough nonetheless established himself as a favourite of the supporters.

Fairclough’s most celebrated moment came in March 1977 in the European Cup, as he came on from the bench to score the winning goal against Gallic maestros St Etienne. But the red-headed forward’s own favourite moment was another substitute appearance, as he eluded six Everton defenders at Anfield to notch up another winning goal. Fairclough’s final record saw him make 18 goals from 62 substitute appearances – though he scored another 37 goals in 92 starts. And despite the title of his book, he reportedly hates the super sub nickname… 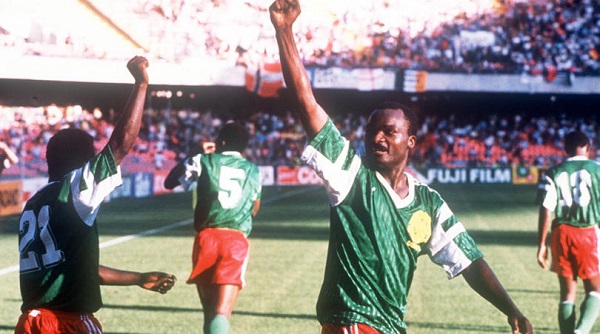 After a solid but not seismic career, at the age of 38 this journeyman became famous around the globe thanks to his performances at the 1990 World Cup in Italy. He wasn’t even supposed to be playing at the event, having retired from the professional game altogether – but Cameroon’s President personally contacted Milla, pleading with the player to return to the international game.

It was just as well that Milla acceded. He became the tournament’s oldest ever scorer, and though he didn’t start a single game, he bagged four goals that helped steer Cameroon to the quarter-finals of the tournament – the first time an African nation had ever progressed so far. Milla also became famous for his celebration, with the joyous player running to the corner flag and performing a dance after each goal.

After this notable showing at Italia 90, he was also named African Footballer of the Year – the second time he had won the award. Face it, the man is an icon. 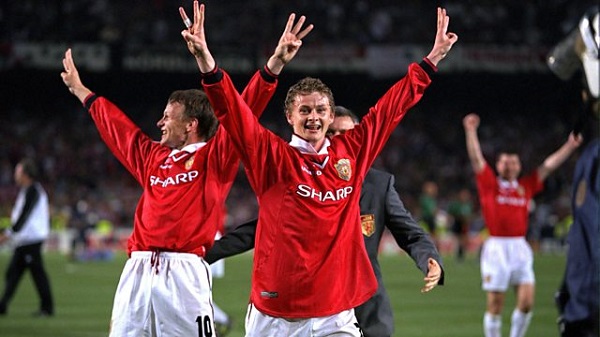 Playing for Manchester United, Solskjaer exemplified the old ‘less is more’ maxim. The Norwegian’s reputation as a man who could change things from the bench was widely renowned, even before his most famous piece of super-subbing.

That came at the 1999 Champions League final, when United had trailed by a goal to Bayern Munich for almost the entirety of the game. The English side looked to be struggling in vain as they sought to fight back against the German side.

Yet one substitute, Teddy Sheringham, would equalise for United in stoppage time – and then, unfathomably, minutes later United were able to earn a winner through Solskjaer, who scored from a corner to save United’s bacon without the need for extra time, leaving the disbelieving Bayern players understandably crushed.

That memorable moment aside, Solskjaer’s record as a sub is impressive, the player scoring 17 league goals after coming off the bench for United. That doesn’t tell the whole story of course, with the Norwegian racking up a total of 126 goals in 366 appearances for the Manchester side.

Still, Ole’s first ever goal for United was a template for his future career – he came off the bench against Blackburn with United losing 2-1, and scored his first goal for his new club six minutes later. In a strange quirk of fate, the player’s last ever goal for his club would come against the same opposition – again, six minutes after he had been introduced from the bench.

Man Utd v Liverpool: Solskjaer’s last stand?
The fault in our VAR – why the Video Assistant Referee is wreaking havoc with football