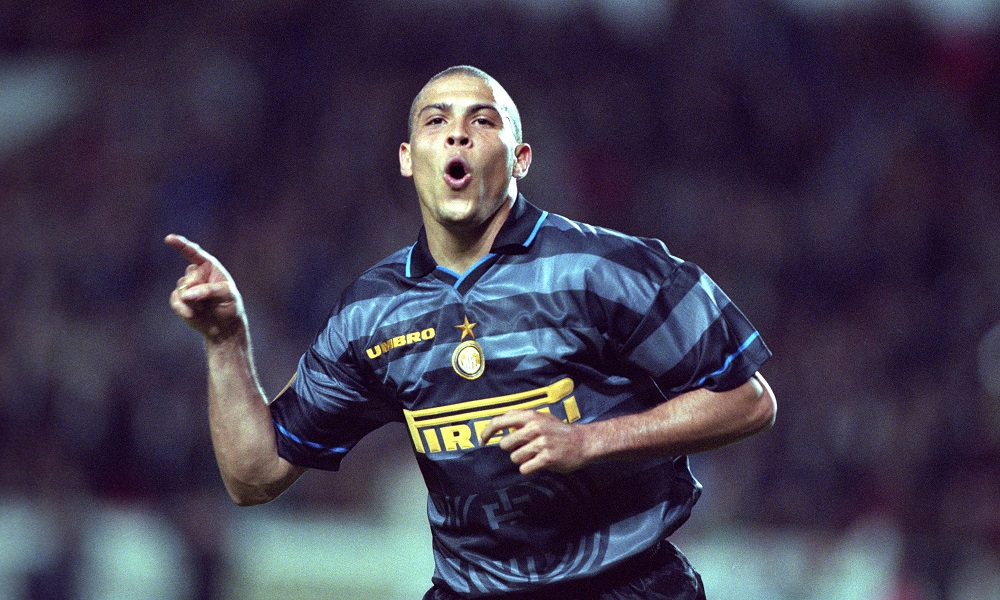 The real Ronaldo? Five incredible moments from the Brazilian genius

It’s a real shame that two of the greatest football players the world has ever seen happen to share the same name.

It means that whenever we refer to the original, Brazilian Ronaldo, we have to use identifiers like “original” or “Brazilian”. It doesn’t feel right. Ronaldo Luís Nazário de Lima might not have achieved everything that his namesake has – but in pure footballing terms, the boy from Brazil is an icon, an outrageous talent, one of the best to have ever played the game.

Yet this morning I entered his name onto a popular search engine – and every result on the first page related to the other guy.

It’s crazy, because the Ronaldo from Rio de Janeiro really was a phenomenon in his own right – and unlike the somewhat self-regarding bloke currently playing in Serie A, original Ronnie doesn’t divide opinion, either. Everyone has a soft spot for the first Ronaldo.

Here, then, are five special moments from our favourite Ronaldo.

At Paris’ Parc des Princes stadium, Ronaldo scored the final goal in a three-nil victory over Serie A rivals Lazio to ensure Inter would claim the UEFA Cup. In a one-on-one with goalkeeper Luca Marchegiani, Ronaldo’s feinting movements bamboozle the luckless keeper.

Ronaldo puts three past Sir Alex Ferguson’s side at Old Trafford, with the home fans applauding him as he leaves the pitch.

Coming back from the knee injury that had derailed his progress at Inter, Ronaldo hadn’t featured in the qualifying campaign for the 2002 World Cup. But he lit up the finals, helping Brazil win the world’s greatest international sporting competition – and scoring eight goals to finish the tournament as top scorer, with two goals in the final against Germany.

Although Brazil couldn’t win the 2006 World Cup, losing to France in the quarter-finals, Ronaldo did score a further three goals at this tournament – thus becoming the leading scorer in the history of the competition, with a total of 15 goals at the World Cup. Germany’s Miroslav Klose has since replaced Ronaldo as top scorer with 16 goals.

Scoring for Real against Atletico Madrid after 14 seconds, 2003

After his injury, he might have lost some of his initial pace – but Ronaldo certainly wasn’t hanging around in this derby.

A two-time World Cup winner with Brazil, Ronaldo was also a three-time FIFA World Player of the Year, winning two of those awards by the time he was 21, incredibly. He also won two Ballon d’Ors, and assorted other individual trophies.

It started in Europe for Ronaldo at the age of 17, when Brazilian club Cruizero sold him to Dutch side PSV Eindhoven for around £4million. In two seasons with the club, he scored 54 goals in 58 games, but was soon on the move again; in 1996 Barcelona paid a then world record £13.2 million to secure the player’s services. In a single season with the club, Ronaldo would find the net 47 times in 49 games. 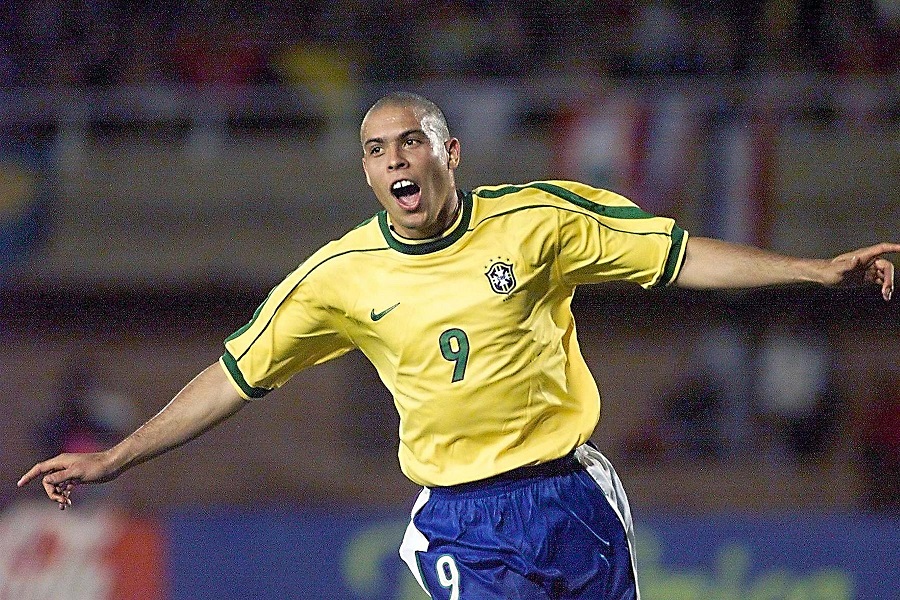 In the summer of 1997, Inter Milan would set another new world record transfer fee to purchase the player for £19.5million; at the Serie A club he would score 25 league goals in his memorable first season with the side.

Following serious injury problems at Inter, he would come back to perform at the highest level once again, winning La Liga with Real Madrid. On the international scene, his tally of 62 goals in 98 games for Brazil is bettered only by the legendary Pelé.