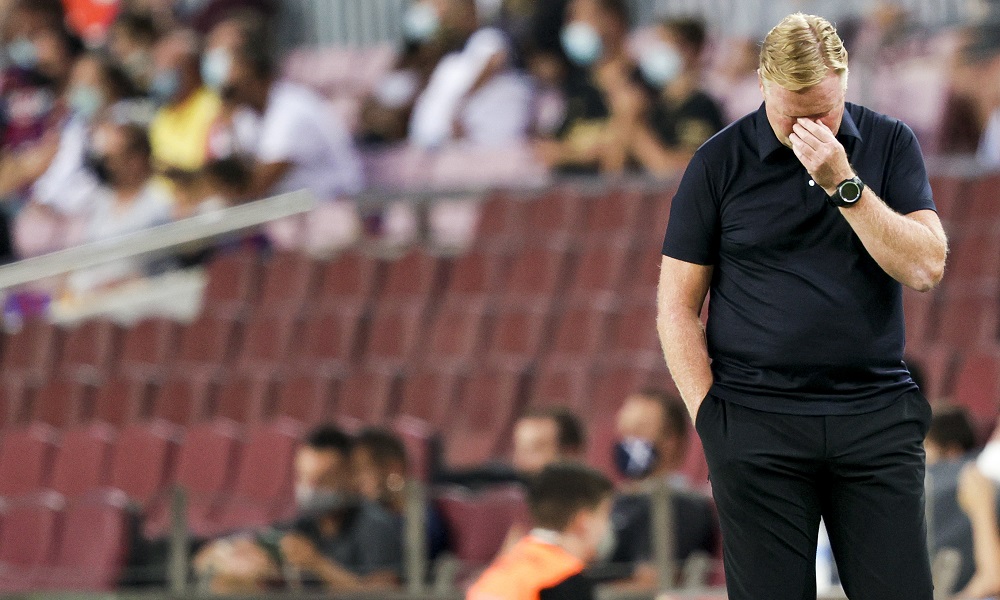 To err is Koeman? Head coach’s future in doubt as Barcelona struggle

Earlier this month, Barcelona head coach Ronald Koeman told reporters that “thanks to me, this club has a future.”

It was a somewhat grandiose claim to make, regarding the Spanish footballing institution whose motto is “mes que un club” – more than a club.

But with Barcelona having to scrap for a point against lowly Granada on Monday night, is Koeman’s own future in jeopardy?

After having to settle for the hard-fought draw, Koeman came out with another quote that may come back to haunt him on Tuesday night.

“What should we do? Play tiki-taki?” Koeman asked, implying his side were no longer capable of the kind of attractive, free-flowing football that had once been Barcelona’s signature style.

“Today’s Barca is not the Barca of eight years ago,” Koeman added, before insisting “I’m not going to talk about my future anymore”.

There’s no doubt that Barcelona are going through some tough times. But is Koeman really the man to steer the ship through troubled waters? 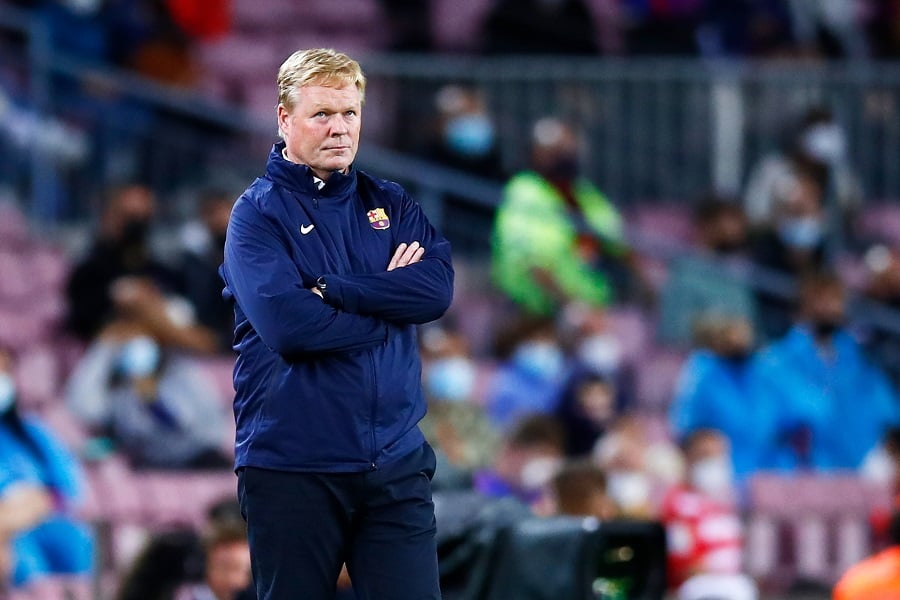 It’s unfair to lay the blame for Barca’s financial struggles with the Dutchman – but nonetheless, with Koeman struggling to squeeze the most out of a club that no longer seem equipped to perform at the highest level, could the 58-year-old’s time with the Catalan team be about to come to an abrupt ending?

The home supporters certainly made their displeasure clear on Monday night after the final whistle, despite Ronald Araujo’s injury-time header for the hosts that at least gave Barca a point.

Despite that positive finish, fans whistled the team at the end, perhaps having failed to be won over by Koeman’s tactics.

It’s a direct style, more reliant on crosses into the box than the intricate approach play of old – and not wholly successful, with Barca currently seventh in the La Liga table, five points behind leaders Real Madrid after five matches.

Those looking for solace in the Champions League will be disappointed, too; last week, Barca were comfortably beaten at the Nou Camp by Bayern Munich.

And with club president Joan Laporta reportedly already keen to replace the coach, it’s difficult not to conclude that Koeman’s days with Barcelona are numbered.

Belgium boss Roberto Martinez has been mooted as a possible replacement, with former Barca star Xavi also linked to the role.