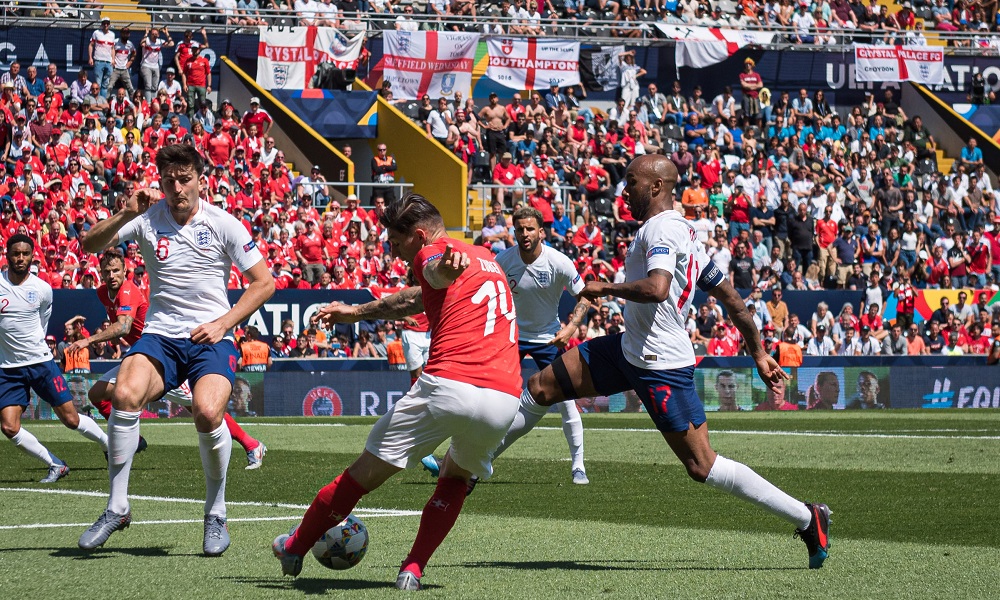 Club football might be on a very brief hiatus, but there’s still the not inconsiderable matter of international football to look forward to in the next few weeks. Latest Uefa Nations League betting here

With England, Scotland and Wales all in action in the opening rounds of the Uefa Nations League in September, here’s our guide to what’s coming up.

Just over a week from now on Thursday 3rd September, Finland will host Wales, with Scotland welcoming Israel to Glasgow the following Friday.

On Sunday the 6th, Wales welcome Bulgaria, while Monday sees the Czech Republic facing off to Steve Clarke’s Scotland. Then this tranche of Nations League games wrap up on Tuesday the 8th, as England travel to Copenhagen to take on Denmark.

The format of the competition has been slightly tweaked for this second edition of the international league. There are still 55 teams involved, each of which will play in one of four leagues, A, B, C and D. The top ranked nations play in League A, with each team’s ranking determining what league it will play in; the lowest ranked sides will mix it up in League D.

Three of these leagues, League A, B and C, will each feature four groups of four teams, while League D features two groups, one with three teams, the other with four. Got that?

The teams are entered into one of the league’s based on the ranking they earned in the previous iteration of the competition. The Nations League was played for the first time between 2018 and 2019, the idea of the competition being as a partial replacement for international friendlies.

The hope is that the Nations League matches will offer a more meaningful experience, with teams having something to play for. That is, a trophy, but also an alternative route to major competitions; two Group winners will also qualify for the 2022 World Cup play-offs.

Otherwise, this time group winners will still be promoted to the next league, or relegated to a lower league if they finish bottom of their group. In June 2021, the four winners of Group A will take part in the finals, made up of semi-finals, and a final to decide the winner, with the knockout tournament being hosted by one of the four finalists.

Close, no cigar: 5 teams that made the Champions League final without winning
Trouble with Harry: more footballers who ran afoul of the law