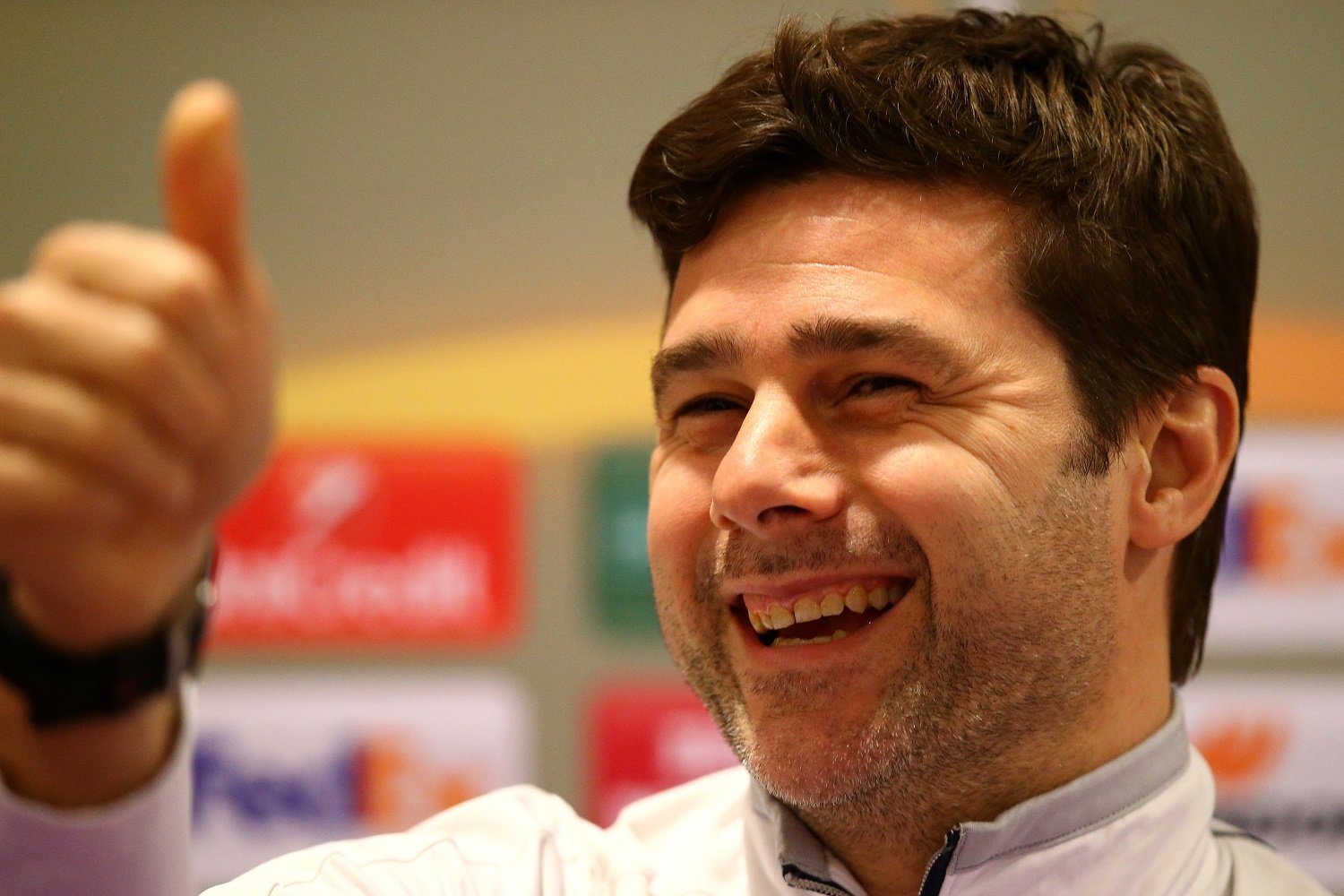 Mauricio Pochettino reckons anyone who isn’t a Chelsea fan should want Tottenham to beat the Blues on Wednesday – and the Spurs manager isn’t wrong. If the Blues win this game, they’ll go eight points clear of their nearest challengers.

With this season’s Premier League starting to slide overwhelmingly in Chelsea’s favour, the leaders need a beating – pronto. If Tottenham could be the side that ended Antonio Conte’s brilliant run, fans of the North London club would be delighted – and unusually, Spurs would also be doing their arch-rivals Arsenal a favour too.

If Tottenham were to win or draw on Wednesday, they would prevent Chelsea from equalling the top flight record for successive wins that the Gunners registered between February and August 2002. It would also stop the gap between the leaders and the chasing pack from growing – and hopefully, arrest Chelsea’s momentum too. Nothing personal Blues fans – if you win the Prem, great, but at least let’s make a contest out of this.

It’s going to be tough, of course. Chelsea’s brilliant form would give any club reason for the heebie-jeebies, but Tottenham’s recent history against this side is particularly harrowing. Last season, the West London side famously turned over Spurs to end their slim hopes of winning the Premier League – in a match in which 11 of the men on the field were shown yellow cards, eight of them Tottenham players.

But beyond the overwhelming disappointment of that single game, there’s a larger issue; Spurs have won just one of their 13 Premier League games against Chelsea. Don’t let that stat freak you out, though; here’s a more pleasing one.

According to Football365, Tottenham have the second most shots per game (18.6) of any team in Europe’s top five leagues this season, with only Real Madrid ahead of them. In what will be Mauricio Pochettino’s 150th Premier League game, can that willingness to have a go put an end Chelsea’s winning run? Here’s what could turn the game for Spurs.

1 Harry Kane. Maybe he looked a bit daft after a recent penalty attempt, but Kane has also notched up ten goals in the Prem this season, including three from his last two games. He’s also scored crucial goals against Arsenal and West Ham this season; all things considered, he’s the man Tottenham rely on.

So will the 23-year-old prove decisive here? He opened the scoring against Chelsea in May’s fateful game, though he couldn’t make his mark against them when they played earlier this season. Still, Kane is undoubtedly the most potent threat for Tottenham, with a fine record in London derbies – from his last 17 in the Prem, he’s scored 17 goals. If the English striker is at his best, he could be instrumental in securing three points for the home side.

2 Dele Alli. While Kane keeps plugging away for Tottenham, Alli has been a little off the pace for much of the current campaign. But the midfielder has unquestionably found his best form over Christmas, with five goals in three games.

Alli seems to have hit form at the perfect moment to take some measure of revenge over Chelsea – and at his best, this is surely a player capable of impressing against even the toughest opposition. Rumours of interest from Real Madrid are an indication of the 20-year-old’s potential. Whether he lives up to expectations in the long term, in the short term he’s a real threat here.

3 White Hart Lane. Tottenham are unbeaten at their home ground so far in this campaign, with seven wins and two draws. Spurs have beaten Man City and drawn against Liverpool at the Lane this season, and beat this opposition 5-3 here on New Year’s Day two years ago.

4 Chelsea’s defence is not invincible. During their 13-match winning run, Chelsea have conceded just four goals (one of which came against Tottenham, incidentally). Yet two of those goals came this Saturday just gone, Stoke putting a brace past a side that have been poster boys for the clean sheet for much of the season.

Is that coincidence, or does it hint that Chelsea’s focus is slipping? Against Stoke, those two goals scarcely mattered, as Chelsea went on to win 4-2, having scored a third one minute after Stoke had levelled the score at 2-2.

But you’d have to hope that if Tottenham can put their mark on this game, they won’t then lose their focus in the same way the Potters did. If Tottenham can take the initiative, it’s imperative that they don’t let their concentration slip.

5 A dish best served cold. After last season’s encounter in May, when Chelsea came back from two goals down to wreck Tottenham’s faint hopes of winning the Premier League for the first time in their history, Spurs would take an enormous satisfaction in stopping Chelsea’s run.  The chance to earn some small measure of revenge here will definitely play a role in motivating Tottenham.

The home side are in solid form, warming up for this encounter by winning their last four matches, beating both Watford and Southampton on the road by the same 4-1 score line. Wednesday’s opposition represents a significant step-up in quality – so can Spurs keep their momentum going, even as they put the kibosh on the Blues’ own impressive run?

You can bet on Tottenham v Chelsea (and loads of other games) at 32Red Sport, where you’ll find a wide range of markets to have a flutter on. If you’re looking for a different kind of action, be sure to check out 32Red Casino – there’s loads of table games and slots to keep you entertained this winter!

Bournemouth v Arsenal: Top 4 reasons to be excited
Andrea Radrizzani – what you need to know about Leeds’ new co-owner