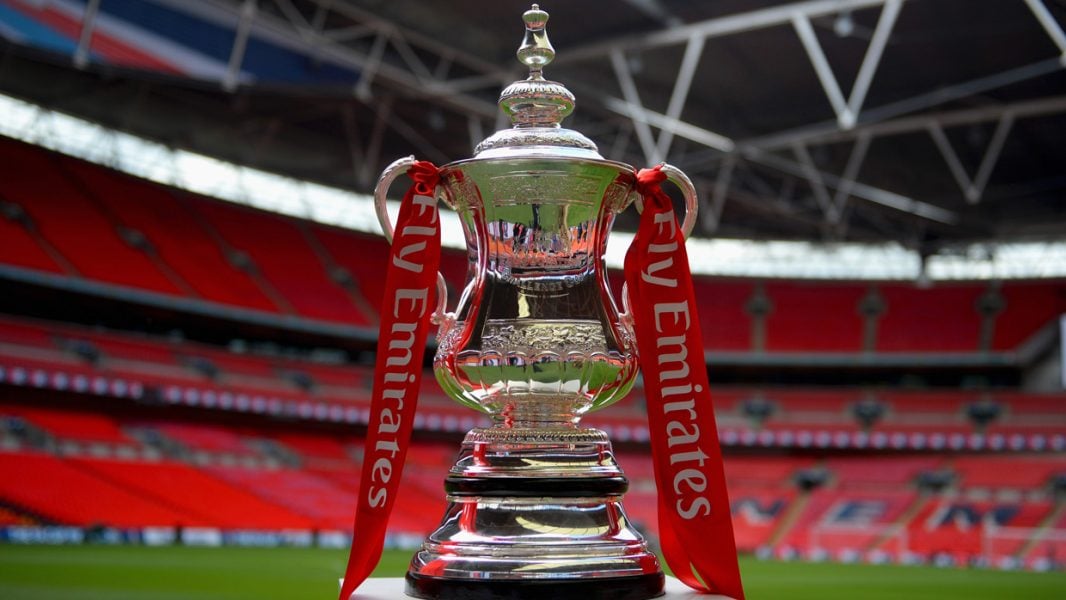 FA Cup: Pick of the third round ties part 1

It’s FA Cup third round weekend – and whether you’re a firm believer in the romance of the Cup or this competition does sweet FA for you, there’s surely a few fixtures worth keeping an eye on over the next few days.

Here’s our guide to the televised matches over Friday and Saturday.

If we’re to avoid the spectacle of Pep Guardiola going on a prolonged sulk throughout January, Man City could do with winning this one. That said, the City boss has been in a funk over the festive period, and might well decide he’s better off pouring his energies into the Premier League, rather than fighting for the consolation prize of the FA Cup.

With four wins from their last five, City are hardly struggling right now, even if Guardiola’s animosity towards the media hints at some major dissatisfaction with the way things are going in Manchester. It’s not that grim up north, Pep – and things could be worse down south. Look at West Ham; they’ve got a brand spanking new stadium, and they’ve been dire for much of the season, with their infrequent good results tending to come against the lesser sides.

With the Hammers yet to establish themselves at the London Stadium, even if City play a second string they can still get a result here – though whether that will cheer up their gloomy gaffer is anyone’s guess. In fairness, Guardiola was in better spirits when he met the press on Thursday, and insists he will take this competition seriously.

So will we see new arrival Gabriel Jesus, the 19-year-old Brazilian striker who’s drawn comparisions with the likes of Neymar? Er, not by the sounds of it; the word is that his registration with the FA won’t be complete in time for him to take part in Friday’s game. Boo.

Former United great Jaap Stam returns to Old Trafford for the first time since his playing days for this match; the Dutchman was famously offloaded by Sir Alex Ferguson shortly after Stam published an autobiography that infuriated his manager, though Fergie still says the sale was done purely for footballing reasons. Plus, Jaap himself says he’s sick of talking about it. Anyway.

The talk is that this is the tie of the round; in truth, the encounter seems potentially a little too one-sided to make such a claim. FA Cup holders United are unbeaten since the start of November, and have won their last seven on the bounce, Jose Mourinho steadying the ship after a testing few weeks earlier in the campaign.

It’s likely that the Portuguese may rest some players for this one, and Reading are going well in the Championship too, currently third in the table. Nonetheless, United have tons of strength in depth, and an upset seems a big ask; Reading haven’t kept a clean sheet in any of their last seven games, and were turned over 5-0 by Fulham at the start of December.

It’s tricky to make a cast iron case for the visitors, but perhaps Yann Kermorgant can stun the home team – he’s plundered three goals from his last two outings. The Royals’ battling attributes are not in doubt either, with the side having won last time out against Bristol City despite trailing 2-0 to the side with 70 minutes gone. They’ve also won eight of their last 10 league games. If you do fancy an upset, Reading are 12/1 to win, or 21/4 to get the draw.

Sniping at Arsene Wenger may have become practically a national pastime, but Arsenal’s recent FA Cup record is actually pretty outstanding. Even the best sides are going to occasionally lose matches, but before their exit from the competition to Watford in March, the Gunners had won the Cup twice on the bounce.

Most of the time, Arsenal can clearly get the job done then – but as was shown against Bournemouth midweek, the side sometimes have a tendency to do it the hard way, going 3-0 down to the Cherries before battling back to a 3-3 draw (and somehow Olivier Giroud came out of that result drawing grumbles for his strutting peacock behaviour, despite the fact that he was also largely responsible for hauling his side back into the game).

A trip to Deepdale should hold no fear for the North London club. Of course, no one would have expected Watford to get the better of Arsenal in this competition earlier this year, either…

To bet on any of this weekend’s FA Cup action, visit 32Red Sport – you’ll find a comprehensive range of markets, covering all the action. And if you prefer a casino-based flutter, be sure to check out 32Red Casino – there’s hundreds of slots and loads of great table games to investigate, including roulette and blackjack.

Andrea Radrizzani – what you need to know about Leeds’ new co-owner
FA Cup: Pick of the third round ties part 2