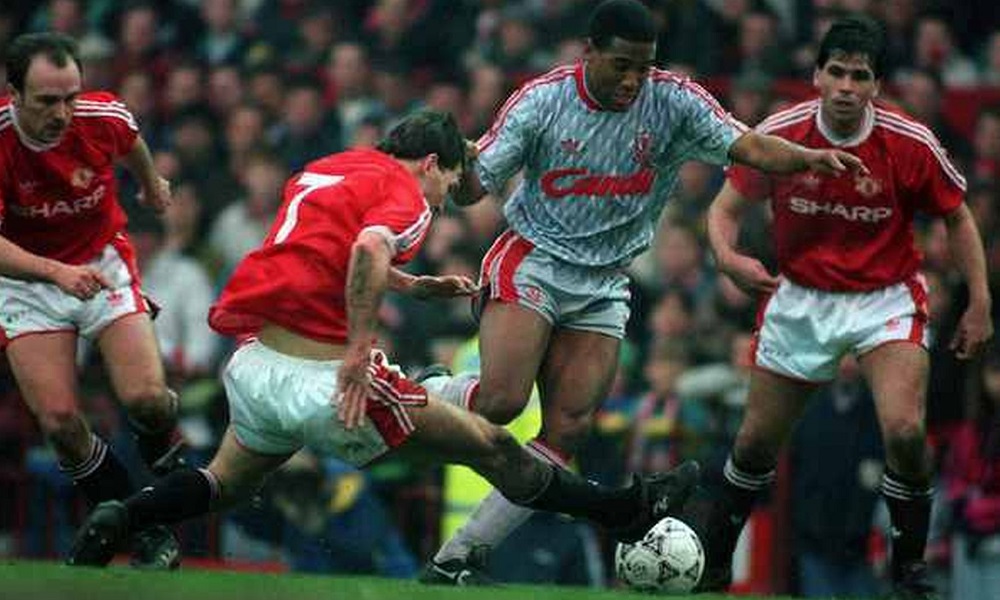 It’s the fixture that’s been described as the Premier League’s equivalent of El Clasico – and to be fair, there have been some humdingers over the years, even if you hate one or both teams involved!

Here’s our look back at some of the greatest clashes between these two bitterest of rivals. 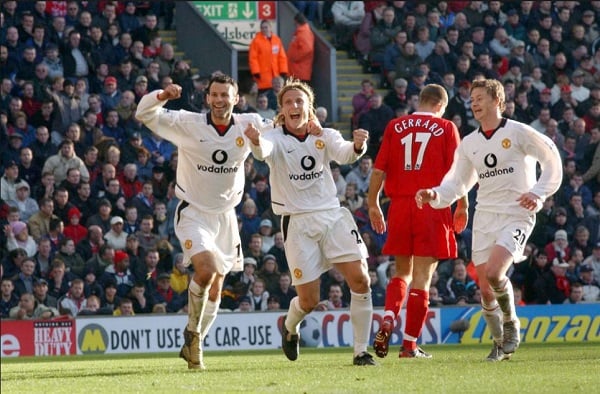 Diego Forlan is remembered as a disappointment in English football after his time with Manchester United, failing to score in his first season at the club. But the Uruguayan striker is still thought of fondly by many United fans – and his goals in this match are a big part of that.

After a quiet first half, Forlan scored twice in the space of four minutes in the second half to give United an unassailable lead at Anfield, despite Sami Hyypia’s consolation goal in the 82nd minute.

Forlan may have taken his opportunities, but Liverpool’s error-prone goalkeeper Jerzy Dudek virtually laid the first one on for the United striker by somehow failing to catch a header directed to him by defender Jamie Carragher; the ball would slip through Dudek’s clutches, for Forlan to put away.

Forlan’s second didn’t require quite such a monumental gaffe on the part of the Liverpool keeper, but Dudek should still have done better against a strike that was hardly unstoppable. Not that such details mattered to the delighted United fans, who quickly coined the chant ‘he came from Uruguay, he made the Scousers cry”.

A brace for Michael Owen either side of a vintage John Arne Riise free-kick saw Liverpool win this one comfortably, despite David Beckham’s strike for United which briefly looked like rallying the visitors’ spirits.

Alas, that was a rare moment of invention from the away side, with Jerzy Dudek not required to make a single save in the opening 45 minutes. This time it was his opposite number, the unpredictable Fabian Barthez, who was at fault; the Frenchman’s ineffectual fumblings provided Owen with the headed opener. But the Merseyside team always looked in control here. 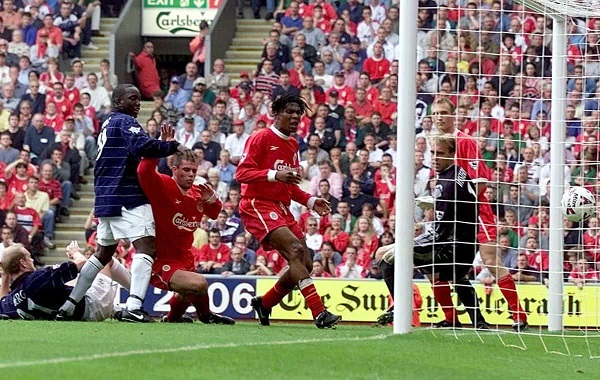 A match to forget for one of Liverpool’s most popular players of recent times, as a hapless Jamie Carragher scored not one but two own goals, in the 3rd and 44th minute. Either side of those setbacks, Andy Cole popped up with a goal for the visitors, heading in from David Beckham’s curled free kick.

Though Cole would be sent off in the 71st minute, United were able to hold out for a fraught final 20 minutes, after Sami Hyppia (23rd minute) and Patrik Berger (68th) both found the net to keep Liverpool in touch. Michael Owen could have found the equaliser in the 79th minute, but instead he hit the side netting to let United off the hook.

Ah yes, who could forget this one? Cast your mind back to that rainy day 109 years ago, and the likes of Joe Hewitt, Bobby Robinson and Bill McPherson, who scored a delightful hat-trick for the home side.

Meanwhile George Wall, Jimmy Turnbull and Jimmy Bannister got the goals for United, with a local hack writing ‘the game was exciting to the close’ – and that’s about all there is we can tell you about this game. Still, what a scoreline, eh? Defences are overrated anyway.

A pre-Premier League thrashing for the Red Devils, with Peter Beardsley the leading light for Liverpool. Dropped by Graham Taylor for England, Beardsley showed his class for Liverpool with a hat-trick, with John Barnes also popping up with a 44th minute goal.

Man Utd weren’t actually as abject as the scoreline suggests, playing their role in an entertaining game – but Liverpool were worthy winners. Meanwhile, United’s goalkeeper Les Sealey was so enraged by the defeat, in a fit of petulance he kicked the ball into the crowd at the end, denying Beardsley his rightful prize for scoring a hat trick. Les Sealey? More like Les Surly, right folks? Am I right? Ah, suit yourself.

Liverpool host Man United in Saturday’s early kick-off. To bet on this game or a range of other sporting events, check out 32Red Sport – and if you prefer table games or slots action, be sure to take a look at 32Red Casino.

Continue Reading
You may also like...
Related Topics:featured, Liverpool