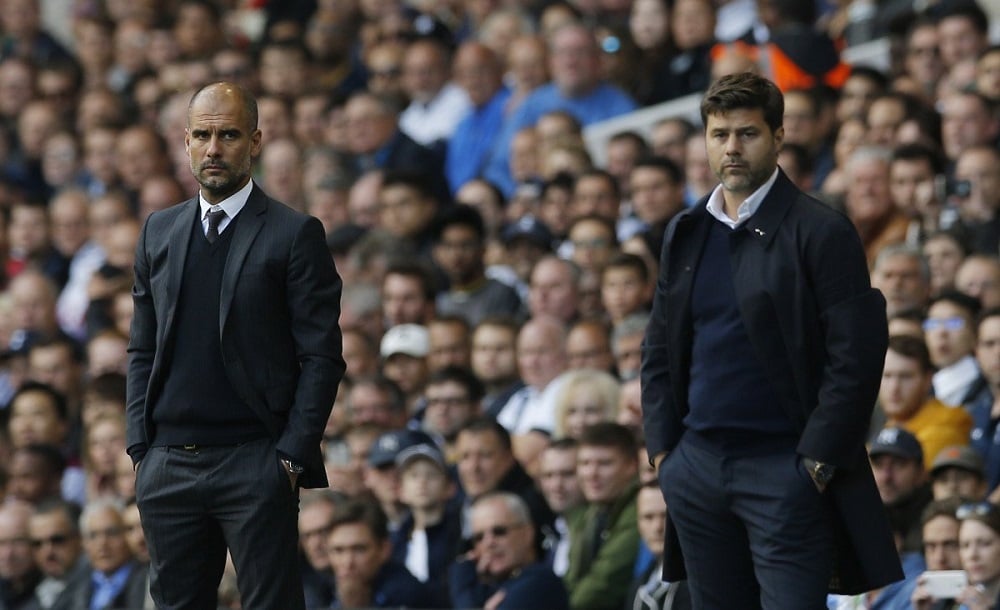 With a total of 50 goals in the last 12 encounters between Manchester City and Tottenham, we should be in for another rollicking spectacle when these two sides meet for Saturday’s teatime kick-off.

Spurs last two visits to the Etihad will give Mauricio Pochettino cause for some optimism; last time out the match ended in a 2-2 draw, while Tottenham beat City in their own backyard in the previous season.

The difference is that this current Man City side is absolutely flying, beating Swansea 4-0 midweek to put together a record 15 league wins on the bounce. The Swansea win comes days after City made short work of Man Utd at Old Trafford, and it’s fair to say Pep Guardiola’s team already look to have the league in the bag; there’s an 11-point gap between 1st and 2nd in the table, after all.

Spurs aren’t in quite such fine fettle, though they have won their last three games in all competitions. But while the side have settled in well to their temporary home at Wembley, on the road the north London team have been less accomplished; their last away win in the league came back in September against Huddersfield.

Harry Kane remains the visitors likeliest source of goals, and is on course to break Alan Shearer’s record of 36 league goals scored in a calendar year – Kane has 33 in 2017, with three games left to play this year.

Before beating Swansea on Wednesday, City had conceded a goal in each of their previous five matches, so it’s hardly beyond the realms of possibility that Kane can find the net here. Whether Tottenham can take all three points is a significantly bigger ask.

Still, Poch’s side have beaten Real Madrid in the Champions League this season. At their best, is it feasible that the visitors could dole out City’s first defeat of this campaign?

Alas, the Londoners haven’t won a single one of their last six away visits to big six opposition. As good as Tottenham can be, it will still be a real shock if this finishes as anything but victory for City.

Back Harry Kane to score at 9/5