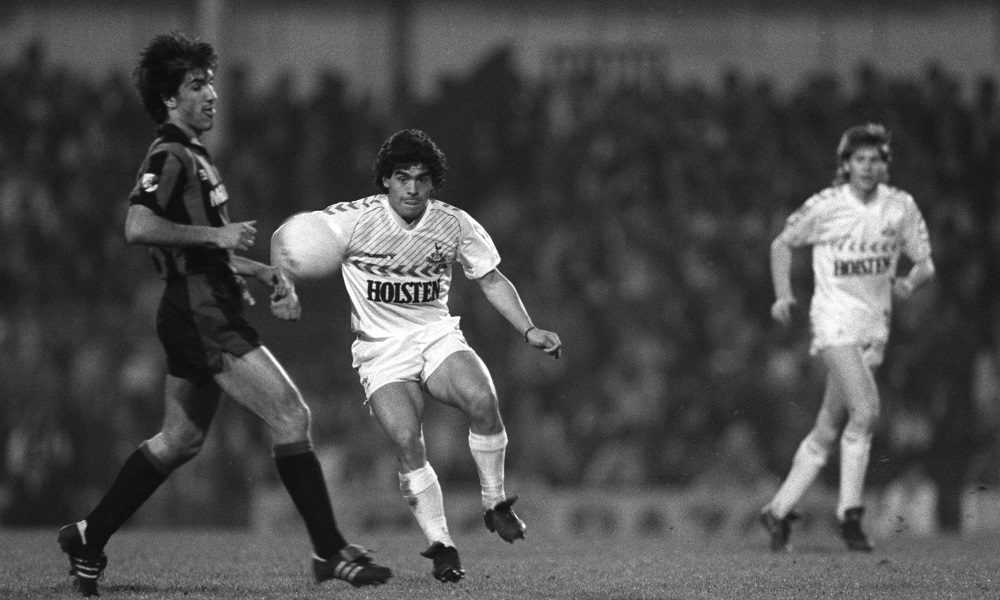 The football testimonial is a leftover from a different time – and the matches themselves are generally not the most keenly contested. Jamie Carragher famously scored an own goal penalty for Everton against Liverpool during his 2010 testimonial, for instance.

Nonetheless, there are exceptions – occasionally, a testimonial will really linger in the memory. We’ve collected the best of them below.

Diego Maradona turning out for Tottenham

Maradona? The Maradona? Playing for Tottenham? It doesn’t seem possible, right? Yet it’s true, even if Diego’s time at White Hart Lane was limited to one match. The then-best player in the world turned out for Tottenham in 1986 for Ossie Ardiles’ testimonial for the Lilywhites, representing Spurs as they took on Inter Milan.

Maradona played as a favour to his pal Ossie, and was welcomed by the Spurs players (this was a few months before the 1986 World Cup, when his “hand of God” handball against England cast the Argentine in a more villainous light). Glenn Hoddle even gave up his No.10 shirt for Maradona, who also needed to borrow a pair of Clive Allen’s boots. 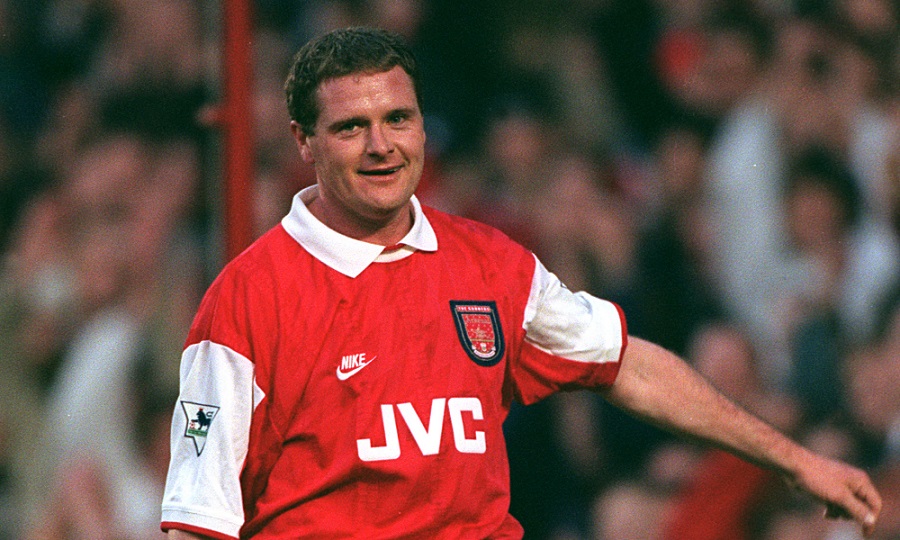 If this one’s not quite on the Maradona scale, it’s impressive in its own right; in May 1996, former Spurs midfielder Paul “Gazza” Gascoigne made an appearance for Tottenham’s fiercest rivals, playing for Arsenal in Paul Merson’s testimonial. Gazza wasn’t the only turncoat, either; another Spurs man, Glenn Hoddle, also turned out for Arsenal in this match too.

The Gunners were playing an International XI that included Ruud Gullit, Andrei Kanchelskis, Chris Waddle and Matt Le Tissier, with Merson scoring twice – and Gazza finding the back of the net four times to help his side win 8-5.

After this game, Merson and Gascoigne would be reunited at Middlesbrough, with the pair sharing a house, though we’ll draw a discreet veil over Merse’s anecdotes about the pair’s time together…

Club legend Tony Hibbert spent the entirety of his career at Everton; a solid if not spectacular right back, Hibbert enjoyed 18 years at Everton as a senior player without so much as a sniff of a goal.

But at his 2012 testimonial at Goodison Park against Greek side AEK Athens, played to celebrate 10 years as a first team regular with the Toffees, Hibbert scored from a free kick, prompting delirium amongst the thousands of Everton fans, who invaded the pitch to celebrate with their hero.

Never mind Steven Naismith, Everton’s new signing who had already scored a hat-trick earlier in the game; Hibbert’s 53rd minute show-stopper was an unforgettable moment for a player who rarely took centre stage.

When Johan Cruyff played his testimonial game for Ajax in 1978, one might have expected the opposing Bayern Munich side to enter into the spirit of the occasion. After all, Cruyff was one of football’s most celebrated players, and this was effectively a fond farewell to the Dutch master.

Bayern weren’t playing ball, however. Instead, they played for keeps, somehow treating the occasion as a full-blooded competitive fixture, with Gerd “Der Bomber” Muller ruffling feathers immediately to slam home a goal in the opening minute.

Even so, in a game intended to pay tribute to one of the game’s greatest ever players, you might have thought Bayern would take it down a notch.

Not a bit of it; instead, the Bundesliga side, apparently still smarting from a 1973 4-0 loss to Ajax, decided to go on the rampage. There are also stories that Bayern’s belligerent performance on the pitch came about because the German team were irked because the hotel they’d been put up in didn’t meet their standards!

Whatever the reason, by the end of the game the visitors had scored eight goals without reply. Incredibly, a further three goals had also been ruled out. At least the German side officially apologised for the performance, 18 years later…