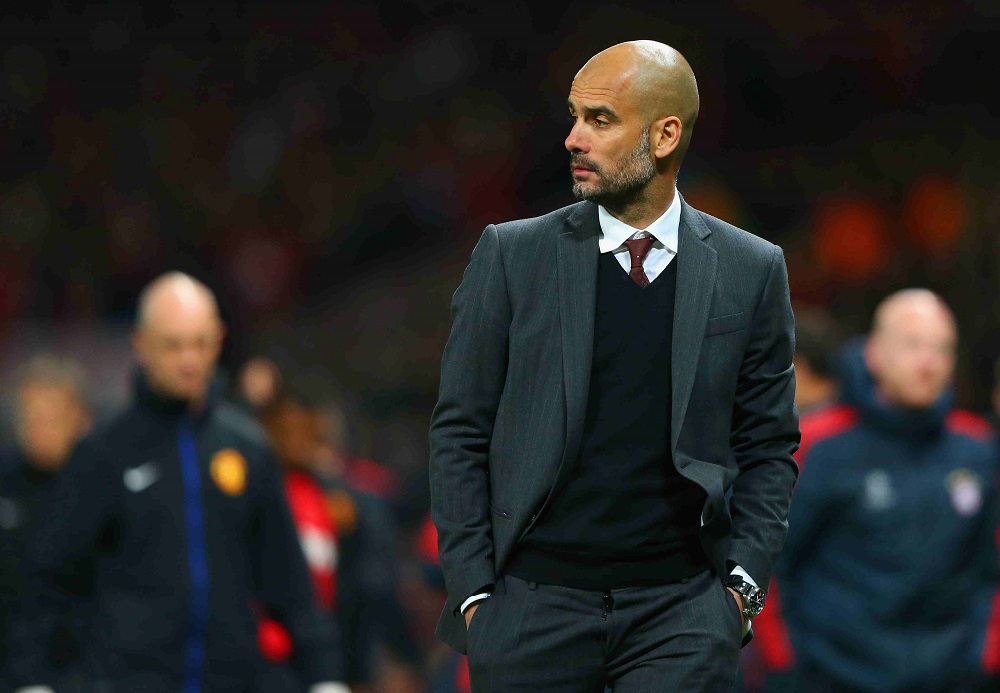 Looking to get a jump on this weekend’s televised Premier League action? Here’s what’s happening…

Premier League leaders Chelsea are off to the Etihad for Saturday’s lunchtime kick-off – but if Man City can beat Antonio Conte’s side, they’ll top the table, at least until Sunday.

Chelsea’s outstanding recent form continued against Tottenham last week; okay, so Spurs ended the Blues’ run of six games without conceding a goal, but Conte can afford to miss out on a clean sheet if he wins the match.

City will presumably offer a sterner challenge than Tottenham, though. Since Chelsea suffered a 3-0 loss to Arsenal at the Emirates back in September, the side have been outstanding, but this is surely their toughest assignment since then.

Chelsea and City are currently joint favourites to win the league, each available at 2/1 to win in the run-up to this game. Pep Guardiola enjoyed a remarkable start to the season with 10 wins on the bounce across all competitions, but the Spanish uber-coach has come down to earth more recently. Still, City have lost just one game in the Prem all season, and are unbeaten at home…

City are 7/6 to win this one, with Chelsea 51/20 to take all three points – or you can back the draw at the same price if you think this one’s too close to call. Bear in mind that City have conceded in 11 of their 13 Premier League games under Pep.

Ordinarily that would be enough to have us recommending the Both Teams To Score market, but of course Chelsea have that brilliant recent record of clean sheets. Anyway, BTTS – Yes is 3/5…

They haven’t won in their last five, and West Ham took a proper shoeing at Old Trafford on Wednesday – but at the same ground four days earlier Slaven Bilic’s side managed to keep Manchester United at bay. So can the Hammers put up a similarly sturdy defensive job against the Gunners?

It’s fair to say West Ham haven’t yet settled into their new home in Stratford – but maybe they’re starting to get the feel for it. They’re unbeaten in their last four at the London Stadium, even defeating (a weakened) Chelsea in the EFL Cup in October.

And Arsenal haven’t pulled up any trees in recent weeks; Arsene Wenger’s side suffered a 2-0 reversal to Southampton at the Emirates on Wednesday, and before that drew three of their last four (in all competitions).

Still, if you believe stats hold the key to the outcome here then maybe Theo Walcott’s worth following in the goalscorer market; Walcott has notched up five goals against the Hammers over the course of his career, and the Arsenal attacker also found the net against Bournemouth last weekend.

Last time Liverpool hit the road they ended up having to settle for a draw – and against south coast opposition too. So can Bournemouth learn from that example, and keep this big-scoring Merseyside team at bay?

Eddie Howe’s side earned a goalless draw at Dean Court against Spurs back in October, but they’ve lost three of their last four matches – including what looked pretty close to a home banker against Sunderland at the start of November.

And while the two sides’ paths have rarely crossed, the Cherries record against Liverpool doesn’t provide cause for much optimism. From a total of nine games since 1927, Liverpool have won seven, with the other two ending in draws – though even the most recent of those came back in 1968.

Even if that limited history doesn’t tell the whole story, few would bank on Liverpool letting this one slip – but bear in mind that the side will be without key players like Philippe Coutinho, out until the new year with an ankle injury. Adam Lallana and Daniel Sturridge are also still likely to be absent, while Roberto Firmino is a doubt too.

Still, Jurgen Klopp’s sheer force of personality appears to be working wonders for Liverpool – and if they win this game, they can go top of the league on Sunday. Bournemouth are 4/1 to win, with the draw at 3/1 – or you can back Liverpool at 8/11.

One win in eight is a pretty dismal run for Everton – can Ronald Koeman turn things round for the Toffees? The Merseyside club host a Manchester United team that have had to cope with problems of their own so far this season.

Last Sunday’s stalemate with West Ham was the side’s fourth draw on the bounce at Old Trafford (in the Prem). But the side haven’t much to shout about on their recent travels either; okay, so they beat Swansea, but they’ve also been held by Liverpool, and beaten by Chelsea and Watford.

Jose Mourinho’s inability to control himself on the touchline has already seen the Portuguese rack up a couple of touchline bans this season, and some of his decision-making smacks of the perverse too. We all know Mourinho isn’t the biggest fan of Juan Mata, but repeatedly substituting the Spaniard when he is one of United’s most reliable performers seems baffling.

Not including Henrikh Mkhitaryan on a regular basis seems odd too, given the Armenian has looked to provide plenty of energy and creativity when he does get a game.

But whatever United’s failings, they’re unbeaten in the Prem in their last four, and Mourinho will be mad keen to take advantage of Everton’s recent woes. The home side are 14/5 to win this one, with the draw available at 5/2 – or you can back United to win at 11/10.

Have a flutter on this weekend’s Premier League action – or any other sport – on 32Red Sport. And if  it’s casino action you’re interested in, check the wide range of slots at 32Red.