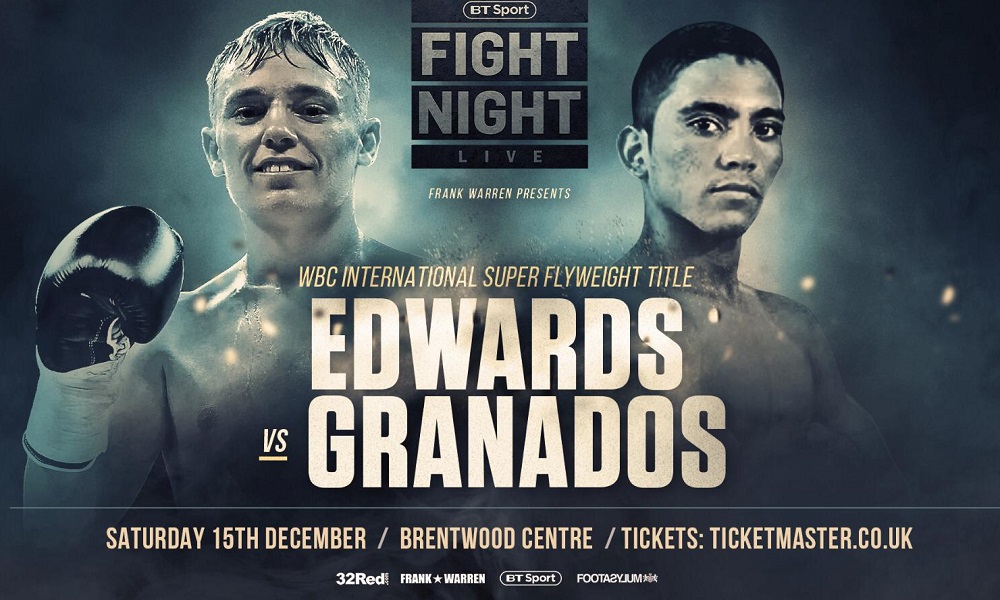 Sunny Edwards: I calculate the risks and then turn the screw

“In fact, I’m just waiting for my partner to go into labour. She’s just started her contractions so she’s sat on a ball bouncing in front of me. I can talk though. I probably feel just the same as I do before a fight. I get excited to be honest. I don’t really get nervous.”

Less than 24 hours later, Chance Hart Edwards entered the world. After impressively outboxing former European Bantamweight champion, Ryan Farrag, just six weeks ago, 22-year-old Edwards (9-0, 3 KO’s) seems set for a step up in the ultra-competitive super flyweight division. But his son’s name should act as a constant reminder that to do his best for his young family, he will be best served by leaving as little as possible to fortune.

“I think Adam Booth summed it up when he said that you can’t disassociate a boxer’s personality from their fighting style. If they are a bit of a live wire out of the ring then you’ll see that in the ring. If they’re smart and clever, you’ll see that,” the Londoner said. “Even from a young age I’ve tried to get the best results from the littlest amount of work. I used to cut a lot of corners when I was younger until I realised that you just can’t do that.

“Once I’m in the ring, if I can make that fight easy then I will do. As I get comfortable you will see more of the flashy stuff and me planting my feet but they are calculated risks. We don’t go in 50-50’s, we make it so its 80-20 or 90-10 in my favour. We calculate the risks and then turn the screw.

“I’d rather go through the whole of my career where they look at fighters like Ryan Farrag and Junior Granados – and hopefully better fighters to come – and they say that they were tough and had wars with everybody else but they were made to look silly by me. That’s the reaction I’d like to hear.”

Granados is know to British boxing fans for drawing the lines of attrition with Jamie Conlan and producing one of the best fights of 2015. Edwards – a boxing fanatic – watched from home, rapt by the battle taking place in front of him. But the unfolding drama didn’t force him up out of his seat to shadowbox his way through his own personal living room war. Instead, Edwards’ eye was drawn to the openings Conlan was able to create and his mind began to work through how he would be able to capitalise on those opportunities. On Saturday night, he gets to put his theories into practice.

“We’d been over the the MTK gym before the fight and I’d met Jamie. I watched the fight and it ended up being a very tough night for Jamie. It was one of those fights that could have gone either way. He’s a tough opponent,” Edwards said.

“The only time I think I’m ever going to be in a fight like that is if I’m in the later stages of a fight and I’ve got to force something because what I’m doing isn’t working. It’s safe to say that it’ll never be the gameplay I carry into a fight. I’m trying to have a long career.

“I’m planning on having a very long career. I’m not planning on getting in and out because I enjoy boxing so much. I can see myself having sixty or seventy fights and enjoying it.

“I wanna wake up with as little bruising and soreness as I possibly can. Even after the Farrag fight – which most people probably thought looked an easy fight – I wasn’t marked up or anything but I was aching for the next three days. It’s probably because all the adrenaline leaves your body, you don’t end up doing a proper warm down and you tuck straight into a pizza.”

Edward’s WBO European title carries with it a lofty world ranking but he is refusing to get ahead of himself. He hasn’t been shy about calling for a showdown with 32Red ambassador, Paddy Barnes, but he is more than willing to face off with any of his domestic rivals before stepping into world class.

“The one question we had about accepting Granados was that although we are confident I’ll beat him, we aren’t sidestepping domestic level. I want to make that clear. After this fight, my goal isn’t going to be the WBC title or more international honours. I don’t think I’ll fight below British level from now on but if I got offered a Southern Area title or and English title, I’d take those fights. I want to get all the belts. I always wanted to take the traditional route of English, British Commonwealth and European but because nobody would fight me, it’s been very hard.

“After my win over Farrag, it wasn’t a case of my management team ringing my promoter asking to get me on shows. It was the other way around. That’s the best place a boxer can be. When your promoter wants you on a TV show in a live slot in a hard fight just weeks after I had fought, I think it’s a testament to me and my team’s character that we said yes.

“I believe in myself because I know how much work I put in. It’s okay me telling people how good I am but unless I take these opportunities and show it, it’s just smoke in the air.”

Sunny Edwards faces Junior Granados at the Brentwood Centre on Saturday December 15th. To see all our latest boxing markets, check out 32Red Sport here. If you’re up for a flutter on table games or the slots, be sure to check out our award-winning casino too!

Warrington vs Frampton: Behind the Scenes
Daniel Dubois: I’ll definitely take him out