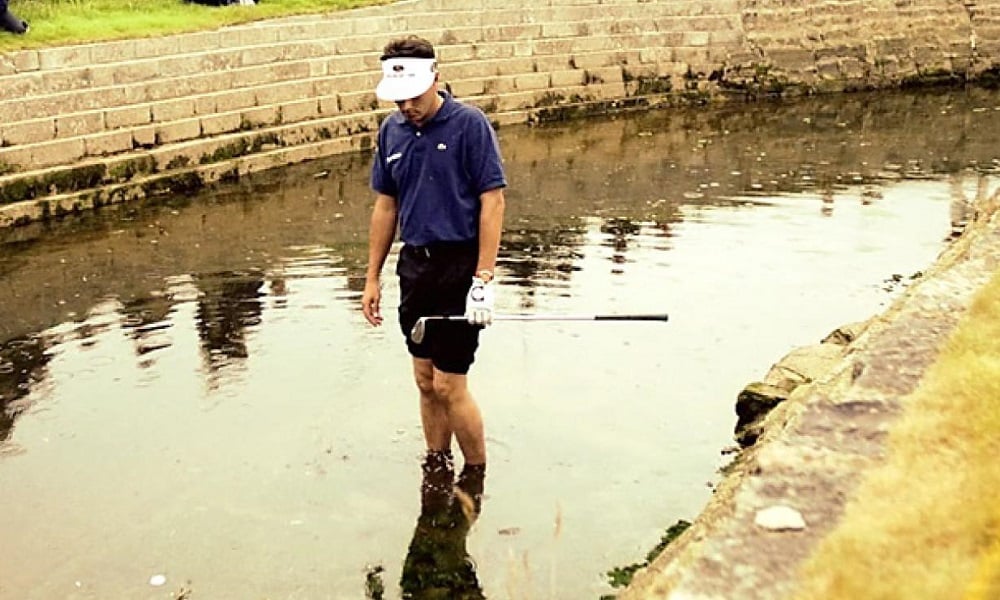 Winning the Claret Jug and all is great, but often what really makes the Open such a captivating spectacle is seeing the world’s most accomplished players getting themselves into all kinds of trouble. Part of the fun is seeing if they can extricate themselves in spectacular style – but if they can’t, that’s okay too. Let’s face it, full-on fiascos tend to make for pretty compelling theatre.

Here’s the list of our favourite golfing meltdowns at the Open, then. And there’s really only one place we can start:

The unfortunate Frenchman was playing a blinder at Carnoustie in 1999 – before reaching what should have been the final hole, at least. Van the Man took to the final tee with a three-stroke lead over his nearest rival – yet nerves derailed Jean’s chances, and his tee shot ended up on the 17th fairway.

Van De Velde’s second shot hit a stand, careered off onto a rock and ended up in deep rough – but it was the third shot that provided the enduring farcical memory, Van de Velde taking off his shoes and socks and climbing into shallow water, apparently intent on hitting his ball out of the drink.

The 33-year-old eventually thought better of playing that shot; instead he took a drop, finishing the hole with a triple-bogey, losing his lead and finishing the 72 holes level with Paul Lawrie and Justin Leonard. In the ensuing play-off, he would finish third, his chance at major glory gone forever. Great sporting drama, but a terrible disappointment for the man who had played so well prior to that calamitous final hole. 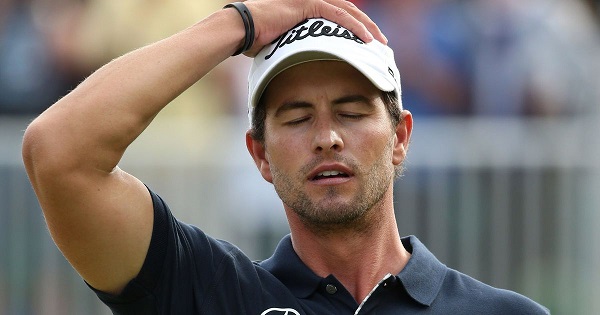 No rolled-up trousers involved this time, but Scott had a similarly dismaying finish to what had been a fine Open back in 2012. The Australian looked assured to land his first major at Royal Lytham & St Annes – but having carded only four bogeys in the previous three days, Scott began shakily here with with bogeys in his first six holes.

Still, the Aussie had steadied himself, getting through the next seven holes without a problem – he even birdied the 14th, giving himself a four-stroke lead for the final four holes of the tournament. It wasn’t enough.

In belief-defying fashion, the affable Scott managed to bogey every one of the last four holes to finish a stroke behind veteran player Ernie Els, whose victory speech sounded almost apologetic. It was Els’ fourth major win, but there would be redemption for Scott, who would win the Masters in 2013.

Unsmiling Danish monolith Bjorn had a three-stroke lead with four holes to play in the 2003 Open at Royal St George’s – but his play over the remaining holes meant the Scandinavian’s hopes of major glory would come to naught.

After a bogey on the 15th, Bjorn really hit the skids on the 16th, his tee shot rolling off the green and into a bunker. Twice Bjorn pitched out from the sand trap – and twice the ball found the green, and rolled back off it into the sand trap. Third time was the charm – but by then it was too late, a double-bogey having scuppered the great Dane’s hopes. Bjorn wound up finishing second behind Ben Curtis.

Sanders’ disappointment is less spectacular than van de Velde’s, but no more dispiriting for all that. Though a fine player on the PGA Tour, Sanders never managed the transition to major winner – despite runner-up finishes at the US Open, the PGA Championship and the Open. None was more disappointing than his 1970 runner-up finish at St Andrews.

On a typically windy day in Scotland, the American nearly-man held a one-stroke lead on the final hole – and needed to make a putt from three feet to make certain of victory. Naturally, he missed. A play-off ensued – against the legendary Jack Nicklaus, who by that point had already won seven majors.

He won his eighth here, winning by a stroke over 18 holes. He then celebrated by throwing his putter in the air, and on the way down it nearly hit the luckless Sanders, who cowered away from the in-coming club. 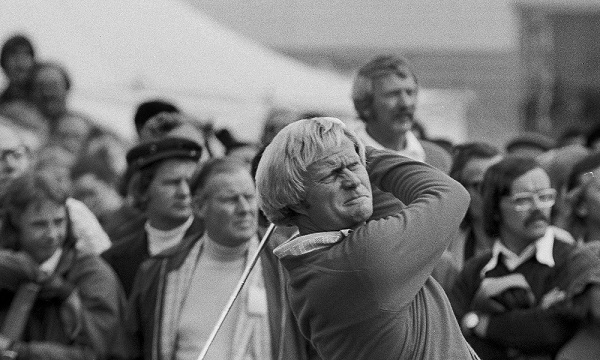 Nicklaus himself wasn’t always a winner, however. In 1963 Nicklaus was already a two-time major winner, and he was very much in contention at that year’s Open – but he finished his final round in fairly ragged style.

The Golden Bear dropped three shots in the final four holes at Royal Lytham and St Annes, missing out on a play-off by one stroke. That was largely thanks to some unusually errant putting on the green of the 15th, where he three-putted.

Nicklaus would shake off that disappointment with victory at the PGA Championship a month later, though he would have to wait until 1966 to claim his first Claret Jug; he eventually won three – and 18 majors in all, a record that still stands today.

Fancy a flutter on the golf with 32Red? With loads of markets including tournament winner, top nationality, two-balls and more besides, there’s plenty to have a punt on. If that’s not enough, check out our 32Red Casino site – there’s plenty of slots and table games to keep you entertained!

5 Unforgettable US Open wins
Out of the comfort zone: Four stars who tried to move from one sport to another