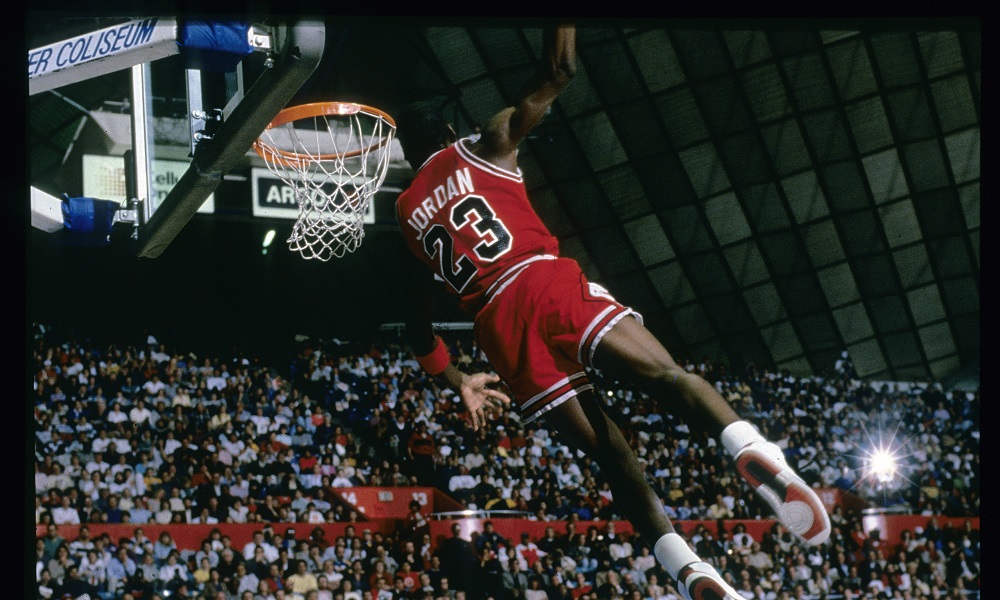 Taking the Michael: All about “Air” Jordan, NBA legend

Retired NBA star Michael Jordan is back in the spotlight thanks to the success of the recent The Last Dance documentary. Using previously unseen footage from the 1997-98 season, the hit Netflix show goes behind the scenes during Jordan’s final year with the Chicago Bulls.

If the 10-part series has whet your appetite to learn more about one of basketball’s most renowned players, we’ve compiled a handy list of Jordan’s most staggering achievements below – as well as some quirkier facts about His Airness.

At 6ft 6in, Jordan is seemingly built to play basketball. Through a combination of excellence on the court and canny commercial moves off it, the 57-year-old is still revered as one of the greatest of all time.

So what’s so spectacular about Jordan? A player who delighted and excited the crowd over his nearly 20-year career, Jordan’s “Air” nickname came about because of his seemingly gravity-defying ability to hang in the air on his way to the basket, with outrageous dunks being the player’s signature move.

Yet despite his outstanding attacking ability, Jordan was similarly impressive working in defence, having been named the Defensive Player of the Year in 1988. Said former team mate BJ Armstrong of Jordan’s defensive ability, “Michael was actually a defensive player who also happened to be an exceptionally talented offensive player. In many ways, he knew the game on that side of the ball better.”

Jordan spent a total of 12 years with the Bulls, winning six NBA Championships with the side between 1991 and 1998. Over the span of eight years, he twice performed a feat known in the US as a “three-peat” – that is, landing three consecutive championships.

In between those successes, he wasn’t even playing basketball – see below for more on that. But leaving that ill-advised detour into another sport aside, otherwise Jordan’s time with the Bulls proved exceptionally rewarding.

As well as being instrumental in his side’s six championships, Jordan’s countless individual awards included six NBA finals MVP awards. His impact was such that he helped to increase the NBA’s popularity around the world, and his fame was such that he could even take centre stage with Bugs Bunny in the animation / live action hit movie Space Jam.

First billionaire player in the history of the NBA

It’s not all about money, and Jordan unquestionably played for the love of the game. Nonetheless, it’s fair to say that from a financial point of view, basketball has been good to Michael Jordan.

In 2014, Jordan became the first billionaire player in the history of the NBA, though it should be pointed out most of that money came after he retired from playing for good. He reportedly made $100 million during his playing days – nothing to sniff at – but since then, his decision to purchase basketball team the Charlotte Hornets has made him money, with the team’s value growing hugely since Jordan’s acquisition in 2010 for $175 million.

For the continuing use of his Air Jordan name, Jordan also makes a reputed $100 million a year in royalties from sportswear giant Nike.

Introduced back in 1984, 33 different iterations of the standard Air Jordan shoe have been released, as well as a range of other variations – and as well as the shoe, Jordan’s “Jumpman” silhouette also appears on tracksuits, shorts, t-shirts and other sporting paraphernalia.

So widely recognised is the logo, in 2018 Paris Saint-Germain even wore the logo on their kits during Champions League fixtures. 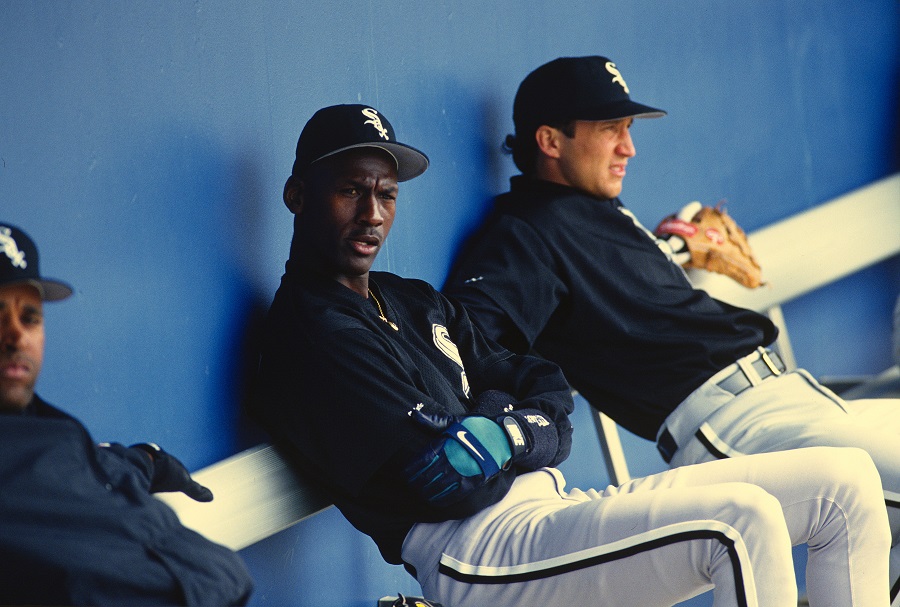 In somewhat reassuring news, even Jordan has his limits, however. In 1993, the player shocked the world of basketball when he announced his immediate retirement from the sport – in order to try to forge a career as a baseball player instead.

Jordan’s baseball career did not ignite in the same way as his previous sport of choice however; within a couple of years, Jordan would ditch baseball to return to the NBA and the Chicago Bulls – where he would again win three NBA championships in consecutive years.