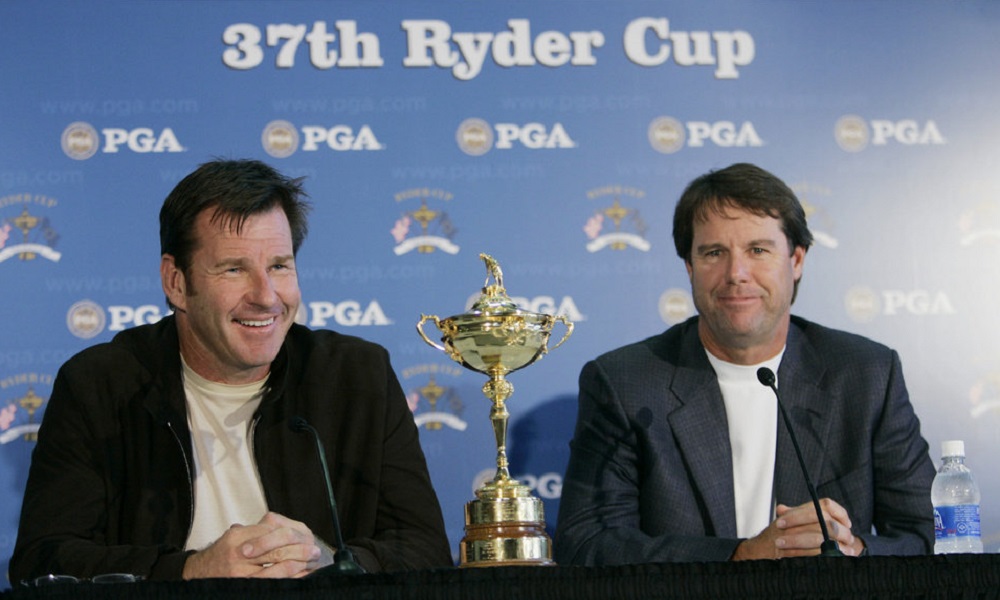 A captain can’t win a Ryder Cup, so the theory goes – but he sure as hell can lose one. In an admittedly slightly questionable spirit of schadenfreude,  here’s our guide to the captains – or, if you will, crap-tains – who got it all wrong at golf’s greatest team event. 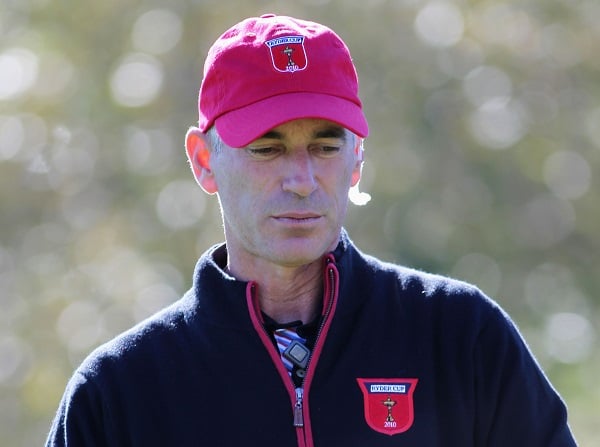 European fans of golf with long memories will recall Corey ‘Crazy’ Pavin channelling his inner ugly American way back at the 1991 Ryder Cup at Kiawah Island. Pumped up on patriotism in the wake of the Gulf War, Pavin and his fellow Team USA schmucks galumphed obnoxiously around the golf course, wearing military caps and generally behaving in irritatingly gung-ho fashion as they won an incredibly bad-tempered tournament dubbed the War on the Shore.

Fast-forward two decades to the 2010 Ryder Cup, and a mellower Pavin was now captaining the US against a European team led by Colin Montgomerie, a fine golfer but not perhaps the most charismatic of figures. Still, Monty had made at least one sound, if fairly rudimentary decision; he’d made sure his team were wearing waterproofs that were, well, waterproof.

With the rain absolutely lashing down at Wales’ Celtic Manor layout, Team Europe didn’t exactly welcome the deluge – but at least they weren’t sodden to the skin. Pavin’s crew, on the other hand, were dressed in fatally flawed raingear – to whit, it didn’t keep out the rain. The US captain hastily sent someone out for more effective wet weather gear after the initial session, but Team America’s preparation for this event looked awfully slapdash.

In fairness to the Americans, with play running on until Monday thanks to rain-delays,  this was a pretty tight competition in the end, Europe prevailing by just one point. Still, anyone present for Pavin’s obnoxious antics from two decades earlier could only view the home team’s slender triumph with a sense of smug satisfaction. In your face, Corey! 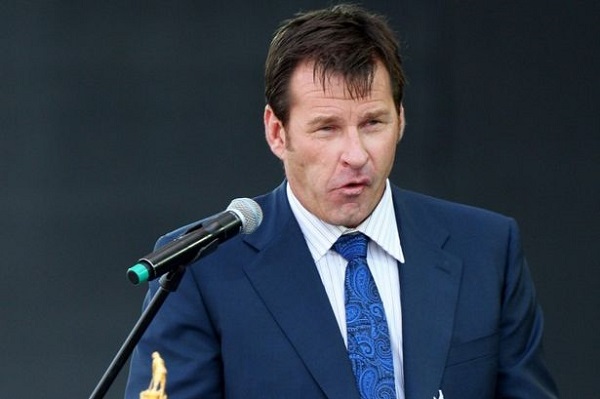 Just to prove that it’s not only Americans who get things badly wrong, step forward Sir Nick. The Englishman is one of Europe’s greatest ever players, a six-time major winner who deserves to be viewed with huge respect for his achievements on the fairways.

As a captain for Europe though, Faldo came up badly short. Setting an unfortunate tone even before a single shot had been played, Faldo announced the players in a deeply misjudged introductory ceremony at Valhalla that Alan Partridge might have balked at. “He’s hit more golf balls than potatoes grown in Ireland,” declared Faldo in a mind-boggling introduction for Padraig Harrington.

Terrible speeches are one thing, but Faldo seemed similarly maladroit when it came to team tactics too. With his side playing catch up almost from the word go, Nick’s motivational ability has to be called into question – Europe were eventually defeated convincingly 16½-11½.

Faldo’s reputation as a great golfer but not exactly a team player was only furthered when he gave an interview a few years later blaming his players for letting him down, in particular singling out Sergio Garcia for having a ‘bad attitude’ whose contribution in Kentucky was ‘useless’.

Perhaps the most annoying outcome of the whole affair, though, is that Faldo’s loss meant the captain of the victorious USA side, the absolutely insufferable Paul Azinger, is now held up as some kind of colossus of golfing strategy. Thanks a lot Nick. 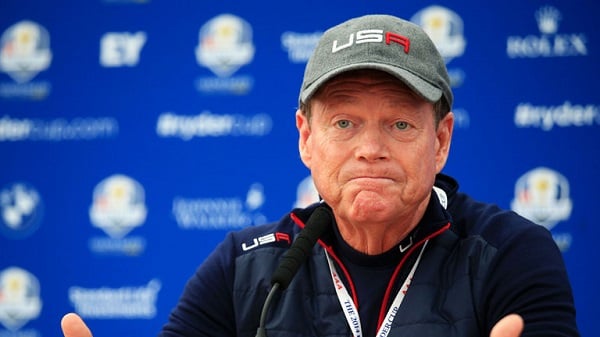 Watson is another legend of the game, and one who’s proved himself as captain as well as player; back in 1993 he captained the States to victory. But there’s a famous phrase that says you can’t go back, and in Tom’s case it’s bang on the money.

Watson took the reins once again at the 2014 event following the miracle at Medinah two years earlier, with the US hoping to score a victory on foreign soil at Gleneagles, Scotland. But what had worked a couple of decades earlier didn’t seem to click this time round.

Watson’s decision not to use Jordan Spieth or Patrick Reed on Friday afternoon, despite the fact they’d been the best of the US’s performers in the morning session, was a headscratcher.

Similarly difficult to wrap your head around was Tom’s decision to use Phil Mickelson in both morning and afternoon sessions on the same day. It backfired, with Lefty (getting on in years, let’s not forget) and his playing partner Keegan Bradley easily bested by Graeme McDowell and Victor Dubuisson. Phil the Thrill was so knackered by that double session, he ended up missing Saturday’s morning fourballs, too.

Team spirit away from the fairways was reportedly tough to come by too, with Watson apparently opening one motivational speech by telling his team: ‘you stink at foursomes’. The tough love approach didn’t go down well with players, least of all Mickelson.

With Europe having strolled to victory, finishing with 16½ points to the USA’s 11½, Mick implied that Watson had failed to deliver a game plan, or even to succeed in getting his players invested in the process. A pretty brutal assessment to make in the post tournament press conference – especially with captain Watson sitting about 10 feet away from him… 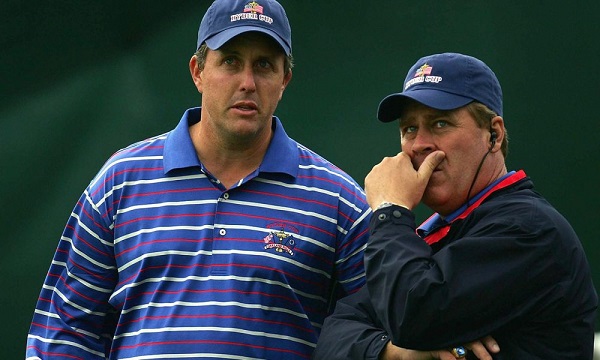 Phil Mickelson and Tiger Woods will probably never be the greatest of friends, but the two appear to have reached an accord in recent years (indeed, they’re set to face off in a money-spinning duel in November). Back in 2004, though, Tiger and Phil barely spoke to one another – but that didn’t stop hapless Hal Sutton from putting the two together for a pairing that proved calamitous at Oakland Hills.

Woods and Mickelson were the first American pair out for the opening day’s action – and were soundly beaten by Colin Montgomerie and Padraig Harrington. Not deterred, Sutton sent the gruesome twosome out again that afternoon, only to see them get turned over by Darren Clarke and Lee Westwood.

In the end, Woods and Mickelson’s misfiring partnership came to be emblematic of a tournament in which the US were beaten 18½ – 9½. That’s the largest margin of defeat for the US in the history of the competition (and on home soil, no less).

Mickelson would moan about Sutton’s decision to pair he and Woods again, though Mick’s gripe – that he wasn’t given enough notice he’d be playing with Woods – seemed disingenuous. Woods and Mickelson didn’t play well together because they simply didn’t get along. Sutton should probably have figured that out… 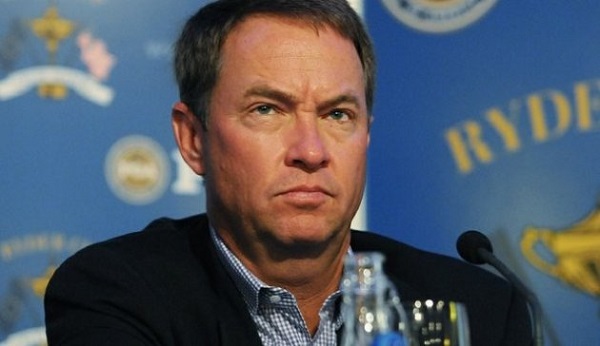 This one might seem a little harsh, given the US appeared to be romping to victory in Illinois, requiring just 4½ points from the final day’s 12 matches to win. But with Europe seemingly doomed, European captain Jose María Olazabal pulled off what would come to be known as the Miracle of Medinah – as Davis Love III could only watch in disbelief.

The European win is irrefutably one of the most stunning comebacks in sporting history – but having manoeuvred his side into a position that looked almost unassailable, it’s difficult not to conclude that Love and his team lapsed into what would turn out to be a lethal complacency here.

The last word went to the European fans, whose football style chant “10-6, and you fucked it up,” elicited more than a few chuckles – assuming you weren’t Davis Love, of course.

The Ryder Cup begins on Friday, 28th of September. For the latest golf betting markets, visit 32Red. If you’re looking for a different kind of flutter, check out our 32Red Casino site – there’s plenty of slots and table games to keep you entertained!

Out of the comfort zone: Four stars who tried to move from one sport to another
The Masters 2019 betting preview