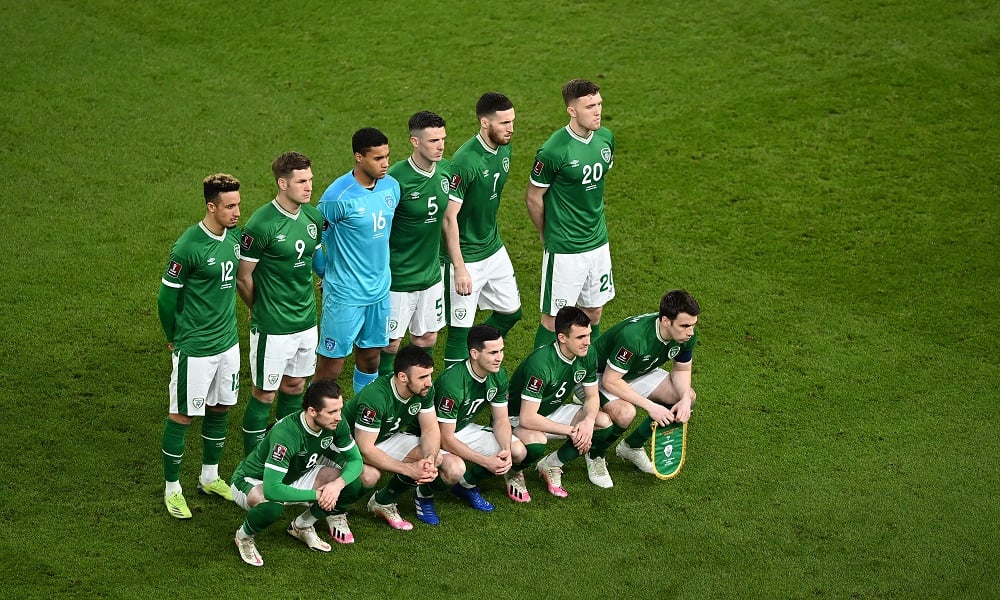 After succumbing to defeat on home soil against Luxembourg at the weekend, is Stephen Kenny’s reign as Republic of Ireland head coach already doomed?

Kenny came into the Republic of Ireland job with big ambitions, seeking to remodel the Irish football team’s somewhat utilitarian approach to the beautiful game.

In other words, route one could do one – this would be a bold new dawn, the coach looking to drop the pragmatism playbook in order to deliver something rather more diverting.

Yet just over six months into his stint as head coach, Ireland have developed another reputation – and it’s hardly one that Kenny could have hoped for.

Kenny replaced the often-maligned Mick McCarthy last August. Since then, Ireland have failed to win a single match in 10 attempts, culminating most recently in the weekend’s 1-0 defeat to Luxembourg.

Kenny’s reign started off with a draw against Bulgaria last September, Shane Duffy finding a late equaliser to give Ireland a share of the spoils. But across the following seven matches, Ireland failed even to score a single goal.

That unhappy sequence was at least interrupted last Wednesday, when Ireland scored twice in one game against Serbia in their first World Cup qualifier of the current campaign – but, alas, still lost 3-2.

Still, at least the side was finding the net again. Was this a sign of more promising things to come? Perhaps not. Playing a World Cup qualifier against Luxembourg at Dublin’s Aviva Stadium on Saturday, Ireland enjoyed 63% of the possession but could still only muster three shots on target.

Meanwhile, the only statistic that really matters pertained to the visitors; Luxembourg scored in the 85th minute to take the win. It’s a result that leaves Ireland bottom of their five-team group, trailing Azerbaijan.

This was Luxembourg’s first away win in a World Cup qualifier since September 2008. Although the nation has climbed the Fifa rankings steadily in recent years, they remain 98th, with Ireland 42nd.

That Ireland couldn’t assert themselves against this opposition suggests Kenny’s side’s chances of appearing at next year’s World Cup in Qatar are perilously low.

That’s perhaps not the greatest of shocks, given Ireland’s last appearance at the event came nearly 20 years ago, during the 2002 World Cup. Still, Kenny’s appointment was supposed to usher in a new era of Irish football. Right now, who knows if the manager will even see out his first qualifying campaign.

Second bite of the cherry – is Luis Suarez set for Liverpool return?
Kun but not forgotten: Sergio Aguero’s glorious decade with Manchester City