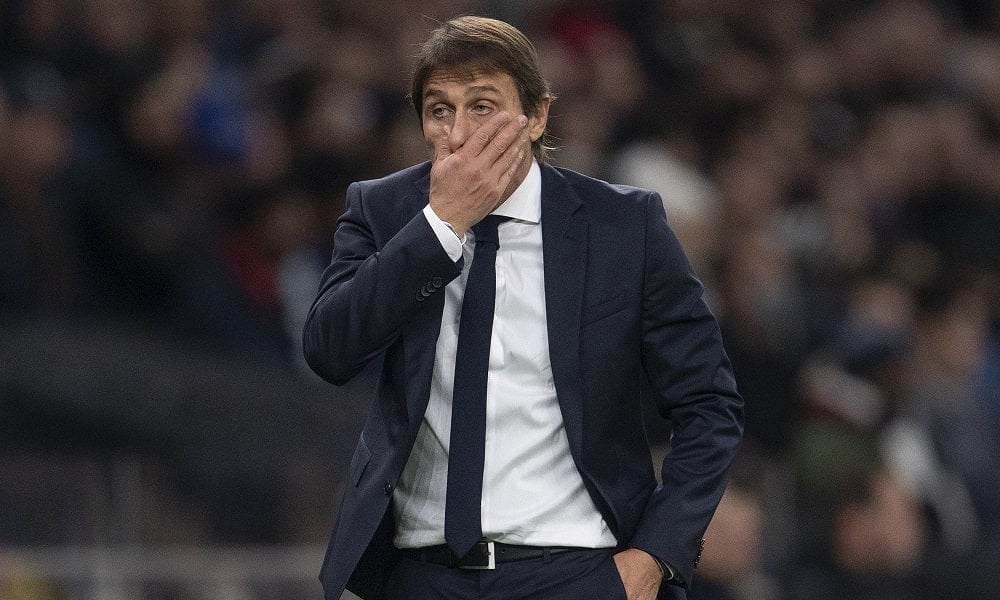 All that posturing with tetchy Thomas Tuchel was amusing last weekend, but presumably it’s back to normality for Antonio Conte this Saturday. Surely Bruno Lage is too cool a customer to go off the deep end about a trifling matter like a handshake.

The Wolves boss has got bigger concerns – like the fact his side hasn’t won a game since early April. Indeed, in their last nine league games, they’ve scored only six goals.

It’s tough to see the visitors getting anything in north London on Saturday, even if Wolves did win this fixture 2-0 back in February. Although it is the acca-wrecking lunchtime kick-off…

Regardless of that, anything but a home win would be a disappointment for the north London team. Kulusevski could be worth backing to find the net; he scored against Saints a few weeks back, and signed off with a brace against Norwich last season too. The Swede is 47/20 to find the net at any time.

Palace took a point against a rattled Liverpool on Monday night, Joachim Anderson goading Darwin Nunez into earning a red card on his Anfield debut.

Patrick Vieira’s side can take confidence from that performance as they return to Selhurst Park. The Eagles face a Villa team that were victorious in this fixture last season – but have won just one away game since mid-March.

Steven Gerrard’s side may be feeling more positive after coming out on top against Everton last week. But Palace should offer a sterner challenge, and backing the hosts to win at 31/20 could be worth a look.

Frank Lampard must view this fixture as a timely opportunity to get a win in the bag. But could Steve Cooper’s side leave the Blues’ legend red-faced?

Forest enjoyed some good fortune as they landed a first Premier League win in 23 years against West Ham a week ago. For all that though, Cooper’s side also showed plenty of desire.

And the Forest manager may yet prove a more inspirational figure in the dugout than Lampard, whose Toffees are currently pointless after two games.

Still, Everton’s recent home form is not half-bad, with wins against Palace, Chelsea, Man Utd and Newcastle since March.

Rather than take a punt on the outcome, perhaps it’s more rewarding to look at the cards market. Forest saw three yellows against the Magpies in their opener. And last week’s encounter with the Irons yielded five yellows in all.

Everton games have tended to see plenty of cards too; five yellows have been shown in both Everton’s league games so far this season. This could be another scrappy affair, and backing over 4.5 in the Total Cards market at 31/20 might be the way to go.

Brentford should be floating like butterflies, stinging like some other sort of insect after their stunning smackdown of Manchester United a week ago.

And if the Bees are feeling like heavyweight legends after that victory, can they deliver another knockout punch against Fulham this week?

The Cottagers earned a point against Liverpool in their opener. But Mitrovic missed a penalty against Wolves last week, the two teams eventually settling for a goalless draw.

With Brentford looking livelier at this point, the away win seems a real possibility; back the visitors for three points at 2/1. Perhaps consider a small punt on Josh Dasilva to score at any time, too; he’s 7/1 to find the net, having done so in each of his last two matches for Brentford.

It’s been a dispiriting start to Leicester’s season, with players going but not coming, and Brendan Rodgers possibly looking a little jaded with life at the King Power.

Still, a visit from Southampton could prove a tonic for the Foxes; there’s plenty of rumours of discontent at Southampton too. Ralph H is the favourite to be the next manager to go. And in case it had slipped your mind, Leicester have a decent track record against this side.

The Foxes’ famous 9-0 drubbing of the Saints came at St Marys; but Leicester also triumphed 4-1 in this fixture last season. The home win seems likely, and it could be another comfortable one; combine Leicester to win at 41/50 and over 3.5 goals at 8/5 in the Total Goals market for a 13/4 double.

It’s tough to see the Cherries getting anything against an Arsenal side in a good place. True, the Gunners still have a habit of conceding. But they also bring a swashbuckling spirit of adventure to the party that’s only been enhanced since Gabriel Jesus joined the side.

Jesus scored a brace for the Gunners last time, and is 11/10 to find the net once more. but Gabriel Martinelli has been in notable form too, scoring in each of his last three Prem appearances. Martinelli is 37/20 to add to that run with another goal on Saturday.