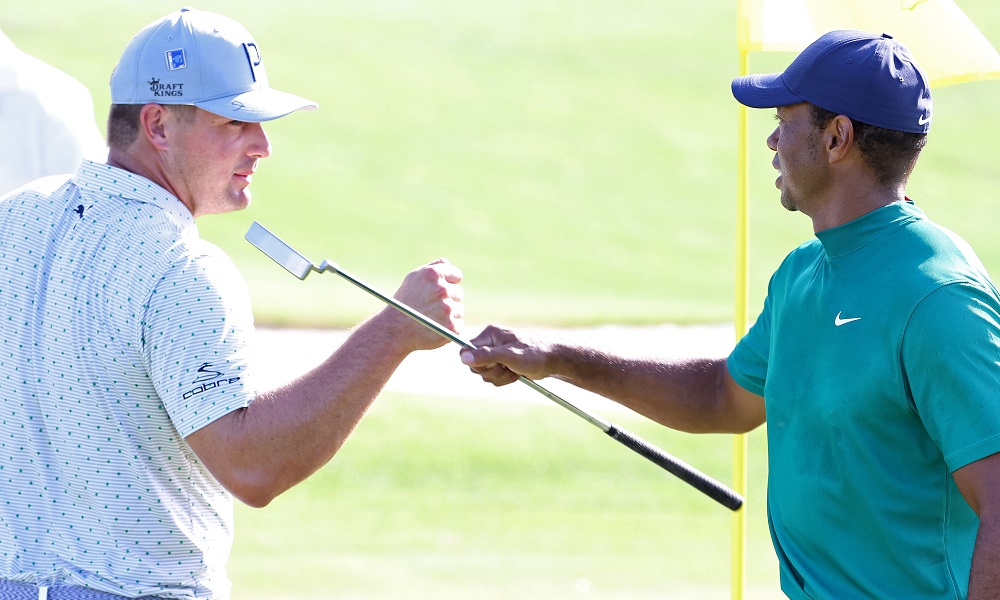 US Masters betting preview: Bryson DeChambeau on top at Augusta?

The Masters in November? It’s crazy, but it might just work. Traditionally the first major of the year, the annual trip to Augusta was rescheduled because of, well, you know – and now, with the action due to begin on Thursday, it’s finally time to see who wins the 2020 Green Jacket. For all the latest markets, visit our sportsbook.

And – say it ain’t so – at 7/1, Bryson DeChambeau is the current favourite.

DeChambeau, it’s fair to say, is a man who divides opinion. Formerly something of a strutting peacock in the Payne Stewart mould, in recent months DeChambeau has bulked up so that he currently resembles some thick-necked, low-level goon from The Sopranos.

The 27-year-old’s beefed-up physique theoretically enables him to overpower even the most challenging of layouts – and so far, this golfing equivalent of the route one approach seems to be working.

DeChambeau won the US Open back in September, the American’s first major victory – and he finished six strokes clear of nearest competitor Matthew Wolff. Could he prove similarly unstoppable in Georgia this week? For pity’s sake, let’s hope not.

His previous form at the Masters is a tie for 21st place back in 2016, when he was an amateur – but the burly Californian rarely caught the eye in any major tournament before this year’s successes. Prior to his US Open victory, he also finished t4 at the PGA Championship earlier this year.

The cocksure American has even claimed that Augusta’s 72 par does not apply as far as he’s concerned, since he can reach every par five hole in two shots.

Of course, battering the course into submission seems a somewhat crude way for anyone to win the 84th Masters, but hey, maybe we should stop being so precious. Or at least start looking for players who can outsmart the favourite.

Defending champion Tiger Woods, who broke an 11-year majors drought when he won the Masters for the fifth time in 2019, isn’t widely fancied to make it back-to-back wins here; Woods is a 40/1 shot, understandable given his iffy form so far this season. He missed the cut at the US Open, and could only finish t72 at the Zozo Championship last month.

Sergio Garcia won’t be in the running; the Spaniard withdrew from the competition on Monday, after testing positive for the Coronavirus.

But still, there are a few players who may be able to prevent DeChambeau from having everything his own way this week. Maybe Brooks Koepka should be on your list, for instance. He’s flying slightly under the radar at 16/1, yet he has won four majors since 2017, including the PGA Championship last year – when he also finished second at the Masters.

Koepka hasn’t had a ton of great performances this year, but he returned to action at the Houston Open last weekend – and after an indifferent start, he shot two rounds of 65 to finish t5 on Sunday.  Koepka’s whole mentality seems to be built around winning majors, with everything else an afterthought, and if he’s at it from the start on Thursday he has to be a real threat to the favourite.

Otherwise, is 12/1 shot Rory McIlroy worth a look? This is the only major that eludes him, and his traumatic final round meltdown in 2011 may still haunt the Ulsterman.

Still just 31, Rory hasn’t won any major tournament since 2014. That said, he did win the $15 million FedEx Cup in 2019 and earlier this year his play was good enough to see him briefly return to the world No.1 spot in the rankings (McIlroy has since been overtaken by Spain’s Jon Rahm, himself a 10/1 shot this week).

If you prefer to look beyond the better known names, Corey Conners is a longshot who might not be able to win, but could at least be worth contemplating for a place. The Canadian is 125/1 for outright victory, but you could back him at 7/2 for a top 20 finish if you prefer to play it safe. The 28-year-old Conners finished t8th at Sherwood a few weeks back, and may be capable of another good showing this week.

To see all our latest markets, check out 32Red Sport here. If you’re up for a flutter on table games or the slots, be sure to check out our award-winning casino too!

US Open preview: Who wins at Winged Foot?
Golf preview: The Players Championship