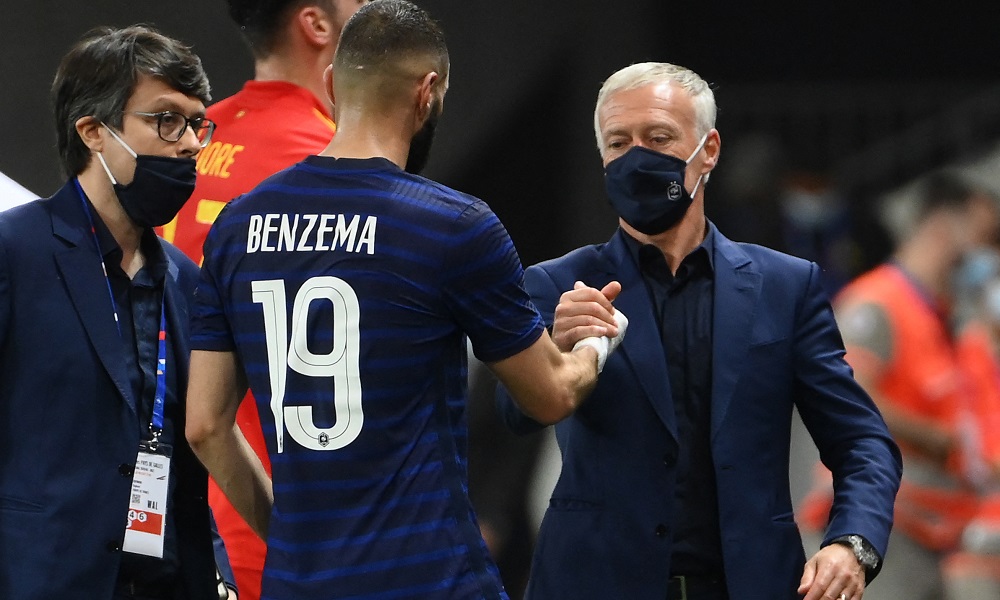 With the Euros getting underway imminently, still trying to figure out what to have a flutter on? Here’s a look at the likeliest contenders. Find the latest outright betting on the Euros here

Favourites to win the whole shebang at 23/5, France have recently welcomed back Real Madrid striker Karim Benzema to the fold, despite the fact the 33-year-old’s legal issues that saw him removed in the first place are still on-going.

Whatever, Benzema had to sit out the recent friendly against Bulgaria – and was replaced by Olivier Giroud, who scored a brace. Giroud could become France’s leading scorer, overtaking Thierry Henry if he can score another six goals for his nation – not bad for a man Benzema likened to a go-cart a few years back, as the Madrid forward compared himself to a Formula 1 car in the same breath.

Giroud didn’t seem especially upset by that jibe, but the Chelsea man has been ruffling feathers himself this week. Giroud’s implied criticism of Kylian Mbappe for not providing enough service against the Bulgarians made headlines a few days ago. Mbappe was reportedly so upset he wanted to give a press statement refuting Giroud’s claims. Perhaps it’s simply a media-concocted disagreement rather than anything more serious – or perhaps there really is a crack in this squad’s unity.

Nevertheless, the French are undeniably in rude health; Didier Deschamps’ side haven’t even conceded a goal in their last four outings, and are unbeaten in playing reigning champions Portugal twice since October, drawing the first encounter, then winning the second meeting courtesy of an N’Golo Kante goal at the Estadio da Luz in Lisbon.

The current World Cup champions, France’s quality makes it easy to see why they’re well fancied here. For all that, the side have a challenging group, playing Portugal and Germany as well as Hungary.

Nonetheless, with France overpowering Portugal earlier this year, and Germany’s quality seemingly on the wane, the French look a decent shout to win Group F at 11/8 – and let’s face it, the odds compilers know their onions in making France favs to win the tournament. As long as the side aren’t about to implode in a miasmic fiasco of seething internal enmity, Les Bleus could go all le way…

We’ve blathered on about England in previous blogs – see here and here. Phil Foden to win Best Young Player of the tournament at 4/1 sounds a decent shout.

Roberto Martinez’s team are currently 15/2 to win the Euros, and the opposition in their group games is unlikely to faze Belgium’s star-studded squad. The likes of Kevin De Bruyne, Romelu Lukaku and, er, Eden Hazard face Denmark, Russia and Finland, and are 3/4 to finish as winners of group A.

Progress seems assured, but the odds aren’t the most enticing. More intriguingly, De Bruyne is a decent 14/1 to be named Best Player of the Tournament; the PFA Player of the Year is recovering from a bone crunching facial fracture sustained at the Champions League final a few weeks back, but is still expected to figure.

De Bruyne is also an 11/1 shot favourite to provide the most assists at the Euros. That’s another tempting proposition, even bearing in mind that De Bruyne may be eased back into play here.

The Italians have moved on in style since failing to qualify for the 2018 World Cup; current coach Roberto Mancini has a 70% win record with the Azzurri, the highest win rate of any manager of the Italian side.

In fact, since September 2018 Italy have lost just a single game (to Portugal). It’s fair to say the side haven’t faced the most fearsome sides in football in most of their recent outings, however.

Italy get the tournament under way with potential for a less than perfect start in their opener against Turkey; the Turks have enjoyed some eye-catching results themselves in the build-up to this tournament, and Italy are still reliant on the ageing Bonucci (34) and captain Chiellini (36) at the back.

Up front, Ciro Immobile might not be the most graceful of forwards, but he has scored in three of his last four appearances for Italy and has a total of 20 goals in Serie A for Lazio this season.

Italy also have the advantage of playing their group games in Rome, which could prove significant; the side will be hopeful they can dominate in a group that also contains Switzerland and Wales.

The Welsh may struggle to match the magnificence of their 2016 campaign, and Switzerland have been decent without excelling against the better sides in recent months. Italy are well fancied to finish as group winners at 1/2. But a more rewarding bet could be to back Immobile as the player to score the most goals for Italy at 27/20.

Talking Turkey? Get up to speed with the dark horses for the Euros
Euro 2020: Best bets part 2